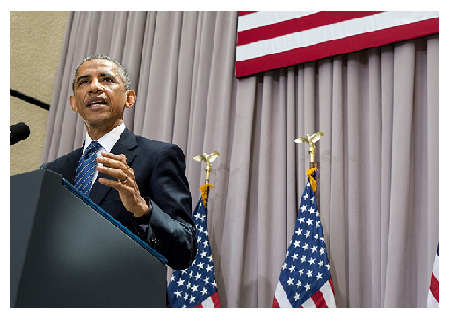 “The right to vote is one of the most fundamental rights of any democracy.  Yet for too long, too many of our fellow citizens were denied that right, simply because of the color of their skin,” said President Obama in his weekly address to mark the 50th Anniversary of the Voting Rights Act.

He said fifty years ago President Lyndon Johnson signed the Voting Right Act to change the status quo which ultimately led to breaking down the legal barriers that stood between millions of African Americans and their constitutional right to cast ballot.

“It was, and still is, one of the greatest victories in our country’s struggle for civil rights,” he noted.

He explained, however, that this did not come easily as countless men and women protested and demonstrated, for our most basic rights.

Consequently, they were called names such as agitators and un-American, and were jailed and beaten.

He further explained that some people were even killed, but that did not stop the fight for equal rights and justice for all.

“They reaffirmed the idea at the very heart of America: that people who love this country can change it,” he said.

“Our country is a better place because of all those heroes did for us.  But as one of those heroes, Congressman John Lewis, reminded us in Selma this past March, “There’s still work to be done.”  Fifty years after the Voting Rights Act, there are still too many barriers to vote, and too many people trying to erect new ones,” he added.

The president also stated that today one observes that laws are being pursued and enacted to roll back early voting, force people to jump through hoops to cast a ballot, or lead to legitimate voters being improperly purged from the rolls.

This he said is a disgrace and an attempt to go back to the dark days of history.

“That’s why, as we celebrate the 50th Anniversary of the Voting Rights Act, I’m calling on Congress to pass new legislation to make sure every American has equal access to the polls.  It’s why I support the organizers getting folks registered in their communities.  And it’s why, no matter what party you support, my message to every American is simple: get out there and vote – not just every four years, but every chance you get.  Because your elected officials will only heed your voice if you make your voice heard,” the President declared.

He concluded by noting that the promise that all people are created equal is written into America’s founding document — the constitution, however, it’s up to the people to make that promise real.

“Together, let’s do what Americans have always done: let’s keep marching forward, keep perfecting our union, and keep building a better country for our kids,” he said.