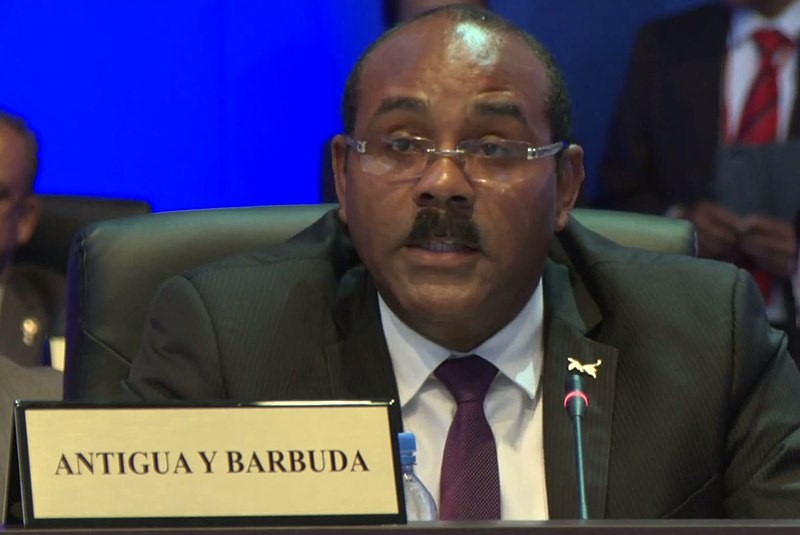 Prime Minister of Antigua and Barbuda, Gaston Browne, in sacking Asot Michael his Cabinet Minister of Tourism and Investment Minister, based on his arrest in London must be a joke taken too far, or fake news, even.

What could possess the Prime Minister to take such an action before due process, God alone knows. Isn’t a man innocent until proven guilty before the courts in Antigua and Barbuda?

Remember, now, this is the same Prime Minister who was accused of receiving three million euros from Brazilian construction firm, Odebrecht — a company alleged to have bribed numerous heads of government in Latin America to cover up or facilitate money laundering activities.

However, Prime Minister Browne did not step down then from office based on the allegation against him but stoutly defended his innocence.

Now, Michael did not even get a chance to proclaim his innocence before being put out to pasture or fired from his Cabinet position by his colleague and Prime Minister.

In his rush to judgment, Prime Minister Brown declared, “While I have no firm details of the reasons for Mr. Michael’s arrest, the arrest itself is sufficient for me to revoke immediately his appointment as a Cabinet member and to relieve him of all ministerial portfolios until this matter is resolved.”

Mr. Prime Minister, really? So, to-what-do the citizens owe the pleasure of having you as their leader if at the drop of a hat a foreign power can detain and arrest a member of your Cabinet, let alone an average citizen without due process?

Moreover, it forces one to ask whether the Prime Minister would have rushed to judgment if another CARICOM country had taken similar action to that of the U.K. against a Minister of his government.

Regardless of the Prime Minister’s utterance of “I have repeatedly stated that I expect every member of my government to comply with the highest possible standards required of public office, and while Mr. Michael might establish his innocence in time, the fact that he has been arrested, obliges me to relieve him of all government duties,” a man cannot be found guilty until proven innocent, at least not under the Antigua and Barbuda justice system.

The Prime Minister would do well to heed Lord Chief Justice Hewart’s words, “It is not merely of some importance but is of fundamental importance that justice should not only be done but should manifestly and undoubtedly be seen to be done.”

Justice demands that Asot Michael should not have lost his job on the basis of an allegation, and if he should, it ought to be on the basis of evidence brought before the court and where he is proven guilty beyond reasonable doubt.

That is part of your British heritage Mr. Browne, do the right thing and reinstate your Minister of Tourism and Investment — Asot Michael.