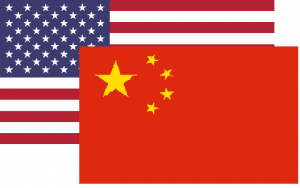 U.S. President Donald Trump is upbeat on making a deal with President Xi when the two meet for dinner on the sidelines of the G20 leaders’ summit at the end of November in Buenos Aires, Argentina.

The President noted recently that a lot of progress has been made to resolve the two countries’ differences in the ongoing trade war.

He, however, warned that he may still impose more tariffs on Chinese goods coming into the U.S.

“China very much wants to make a deal,” Trump told reporters in Washington just hours after his top economic adviser expressed caution about talk of a possible U.S.-China trade agreement.

“We’ve had a very good discussion with China, we’re getting much closer to doing something,” Trump said.

“I spoke with President Xi (Jinping) yesterday. They very much want to make a deal,” Trump posited.

He later added, “I think we’ll make a deal with China, and I think it will be a very fair deal for everybody, but it will be a good deal for the United States.”

Trump has called for changes in China’s trading policies particularly in the areas of intellectual property protections, technology transfers, industrial subsidies and domestic market access, along with steps to reduce a $375 billion U.S. goods trade deficit.

The President noted that a deal would not only be good for China but also the U.S.

“If we can open up China and make it fair, for the first time ever — this should have done years ago by other presidents, but it wasn’t — I am very much willing to do it. But China very much wants to make a deal,” President Trump stated.