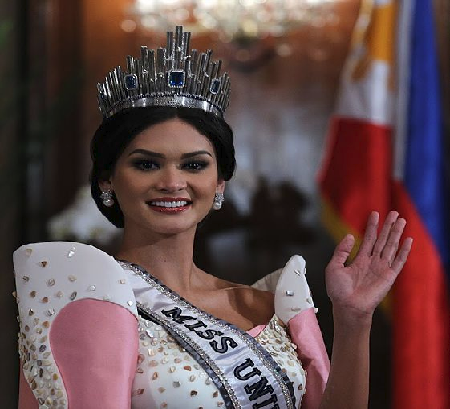 The President of the Philippines is apparently not enthused with the fact that Actor/Comedian Steve Harvey is to return as host of the Miss Universe 2016 pageant. The President’s objection comes against the background of Harvey making the wrong call of the winner in 2015.

Harvey, a first-time host in the competition, last year misread his cue card and announced Miss Colombia, Ariadna Gutiérrez, as the winner and Miss Philippines, Pia Wurtzbach, as first runner-up, when the real results should have been the opposite.

At a recent press conference, Wanda Teo, the Philippines Tourism Secretary, reportedly channeled Duterte’s objections saying: “He [Harvey] cannot host. I am going to talk to the Miss Universe that he cannot host so that is my problem … I don’t want him to be the host of the Miss Universe.”

However, in what seems to be a compromise, Teo reportedly later added, “So the President will not get mad, we may add a Filipina to co-host.”

He also noted that Miss Universe is nothing if not peace in our time.

The event is scheduled to take place in Manila in January.

Harvey has a five-year contract with the organizer of the competition and will, therefore, remain as host.

Harvey had already repeatedly said he felt horrible about the mistake and even invited both contestants to his talk show following the pageant, during which Harvey apologized to them.