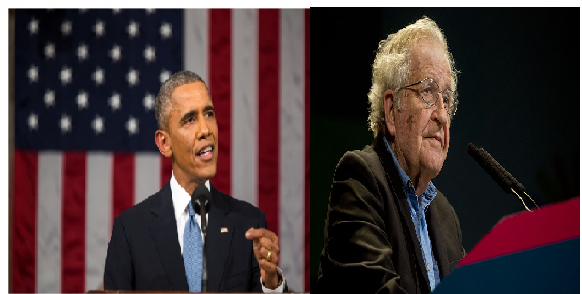 President Barack Obama, in his bid for reelection in 2012, told a group of mostly college-aged students at the University of North Carolina at Chapel Hill that he knows first-hand about the burden of student loans because he only managed to finish paying off his student loans eight years ago.

“Michelle and I, we’ve been in your shoes,” Obama told the cheering, capacity crowd of 8,000 at Carmichael Arena.

Fast forward to today, the Obamas have joined the millionaire club or the elites’ class since exiting the White House over three years ago — God bless America!

Notwithstanding, millions of Americans continue to struggle with student loan debts that continue to outpace their income without the type of bailout President Obama offered to the ‘too big to fail’ Wall Street companies.

The fact is President Obama, while in office, was not willing to cross the red line to implement daring policies that would support the interest of the 99 percent.

One could also argue that he was not willing to make any sacrifice or too timid and fearful of taking one for the team — a befitting behavior to the adage “a coward man keeps sound bone.”

Now, as the 2020 election draws near, President Obama is seeking to impose himself on the Democratic presidential primary race with the same cowardice approach.

In his recent utterances, he has warned candidates seeking nomination to avoid moving too far to the left if they hope to win back the White House in 2020.

This position, of course, is being interpreted as throwing the Democratic Party’s progressive Bernie Sanders and Elizabeth Warren under the bus.

“When you listen to the average voter — even ones who aren’t stalwart Democrats, but who are more independent or are low-information voters — they don’t feel that things are working well, but they’re also nervous about changes that might take away what little they have,” Obama said.

The fact is Trump was not willing to toe his Party line, and that has got him into the White House. Now, if Obama and people of his ilk think the same old baby boomers’ political agenda can remove Trump from office, a dose of Noam Chomsky’s advice would serve them well.

Chomsky has argued that such a position could result in President Donald Trump easily winning a second term.

“I find it psychologically impossible to discuss the 2020 election without emphasizing, as strongly as possible, what is at stake: survival, nothing less,” Chomsky told Truthout.

“Four more years of Trump may spell the end of much of life on Earth, including organized human society in any recognizable form. Strong words, but not strong enough.”

“The donor class is clearly perturbed by Warren’s critique of wealth and corporate power, and even more so by Sanders — who committed a major crime: inspiring a popular movement that doesn’t just show up every four years to push a button and then leave matters to their betters, but continues its activism and the engagement in public affairs that is none of their business, according to long-standing democratic theory,” Chomsky asserted.

The erstwhile intellectual stressed that a variety of things are at stake in the 2020 election, from the environment to health care.

“The September climate strike brought many millions to the streets — just one phase of ongoing activism,” Chomsky told Truthout. “Others cover a wide range of critical issues, including the scandalous health care system; a society in which 0.1% hold over 20% of the wealth while half the population has negative net worth and homeless people try to survive amidst fabulous luxury; and numerous other social ills. There are also promising efforts to develop cooperatives and worker-owned enterprises that challenge fundamental hierarchic structure more directly. That’s a bare sample of considerable ferment that could open the way to a much more free and just social order — if imminent looming catastrophe can be overcome.”

The truth is the Democratic Party needs bold initiatives and inspired leadership to match Trump in the 2020 election, and apart from Sanders, Warren, and Yang, there is nothing new and different from the cadre of other candidates seeking to unseat Trump.