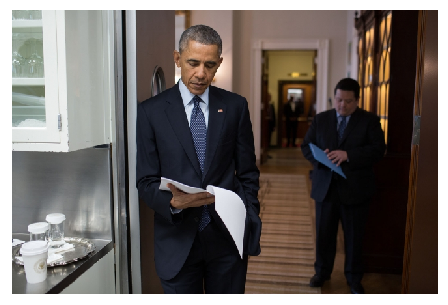 President Obama, in his weekly address to the nation said that the overwhelming majority of people living in the United States have their roots elsewhere.

“We’re a nation of immigrants.  It’s a source of our strength and something we all can take pride in,” said the President.

He noted that his grandparents’ roots could be traced back to England and Ireland and elsewhere.  “They lived, and raised me, by basic values: working hard, giving back, and treating others the way you want to be treated,” he said.

Furthermore, the President said, “I think of growing up in Hawaii, a place enriched by people of different backgrounds – native Hawaiian, Filipino, Japanese, Chinese, Portuguese and just about everything else. Growing up in that vibrant mix helped shape who I am today.  And while my father was not an immigrant himself, my own life journey as an African-American – and the heritage shared by Michelle and our daughters, some of whose ancestors came here in chains – has made our family who we are.”

He noted that nearly two years ago, Democrats and Republicans in the Senate came together to fix the broken immigration system by passing a commonsense bill to secure our border, get rid of backlogs, and give undocumented immigrants who are already living here a pathway to citizenship if they paid a fine, paid their taxes, and went to the back of the line.

However, he bemoaned the fact that for nearly two years, Republican leaders in the House have refused to even allow a vote on it.

Notwithstanding, he said that he is going to keep doing everything he can to make the immigration system more just and more fair.

He stated that last fall, he took action to provide more resources for border security; focus enforcement on the real threats to our security; modernize the legal immigration system for workers, employers, and students; and bring more undocumented immigrants out of the shadows so they can get right with the law.

He however declared that some folks are still opposed to these steps that he has taken.

However, the President said,”I’m going to keep fighting for them. Because the law is on our side. It’s the right thing to do.  And it will make America stronger.”