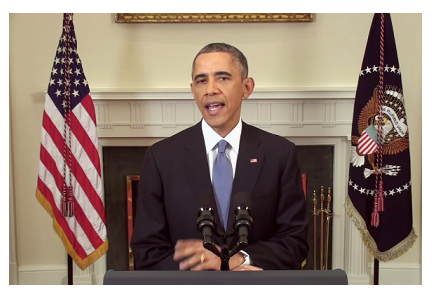 Universal Health Insurance has always been a troubled issue in the U.S. and many Presidents have tried unsuccessfully to implement a health insurance program to which everyone could have access. However, President Obama was able have the Affordable Care Act (2010) signed into law to cover millions of uninsured Americans.

Starting July 2010 all students began getting their federal student loans directly from the federal government. Treasury will save $67 billion over ten years, $36 billion of which will go to expanding Pell Grants to lower-income students.

4. Turned Around the Economy and Prevented a Depression

Obama pushed through and signed the American Recovery and Reinvestment Act, otherwise known as “the stimulus package,” despite the fact that not one Republican voted for that bill. In addition, he launched recovery.gov, so that taxpayers could track spending from the Act.

He fast-tracked regulations to allow states to enact federal fuel efficiency standards that were above federal standards.

Obama advocated for and signed the Matthew Shepard and James Byrd, Jr. Hate Crimes Prevention Act, which made it a federal crime to assault anyone based on his or her sexual orientation or gender identity.

Signed the Dodd-Frank Wall Street Reform and Consumer Protection Act (2010) to re-regulate the financial sector after its practices caused the Great Recession.

9. Ended the War in Iraq

Ordered all U.S. military forces out of the country. Last troops left on December 18, 2011.

In 2009, injected $62 billion in federal money (on top of $13.4 billion in loans from the Bush administration) into ailing GM and Chrysler in return for equity stakes and agreements for massive restructuring. Since bottoming out in 2009, the auto industry has added more than 100,000 jobs. In 2011, the Big Three automakers all gained market share for the first time in two decades. The government expects to lose $16 billion of its investment, less if the price of the GM stock it still owns increases.