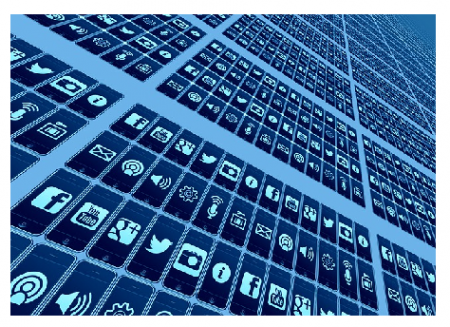 President Obama has said time and again that the Internet should be opened to new competition and innovation as well as open and accessible to all Americans at affordable price.

Now, with the new Republican Congress in play, will President Obama be allowed to have his way of allowing for an easy and cheap Internet access, or will Congress be an obstacle to his agenda? The President in his quest for an open and affordable Internet service, has placed the following on the table:

Today, laws in 19 states are written within interest of special selected groups. These laws do not only stifle competition, but also act as barriers to competitors. They have held back broadband access and ultimately economic opportunity.

Consequently, President Obama has made it clear in an announcement that his newthrust is to support local choice in broadbandand formally oppose measures that limit the range of options available to communities to spur expanded local broadband infrastructure, including ownership of networks.

In light of this, his Administration as a first step has filed a letter with the Federal Communications Commission (FCC) urging it to join the effort by addressing barriers inhibiting local communities from responding to the broadband needs of their citizens.

2. Expand the National Movement of Local Leaders for Better Broadband

The President is seeking to get more stakeholders to buy into what can best be described as an, “Open Internet for all,” campaign. As a result, the White House will host a Community Broadband Summit of mayors and county commissioners from around the nation in June 2015.

The fact is today many stakeholders share the vision of the President and already over 50 cities representing over 20 million Americans have joined the Next Century Cities coalition, a nonpartisan network pledging to bring fast, community-supported broadband to their towns and cities.

They join 37 research universities around the country that formed the Gig.U partnership to bring fast broadband to communities around their campuses.

The effort of this movement ties in well with that of the U.S. Ignite partnership, launched by the White House in 2012, and which has grown to include more than 65 research universities and 35 cities in developing new next-generation gigabit applications.

The President has applauded the effort of the leadership of these various groups.

The Department of Commerce under the Obama Administration is set to launch a new initiative, BroadbandUSA.

This will promote broadband deployment and adoption.

Building on expertise gained from overseeing the $4.7 billion Broadband Technology Opportunities Program funded through the Recovery Act, BroadbandUSA will offer online and in-person technical assistance to communities; host a series of regional workshops around the country; and publish guides and tools that provide communities with proven solutions to address problems in broadband infrastructure planning, financing, construction, and operations across many types of business models.

The Department of Agriculture is accepting applications to its Community Connect broadband grant program and will reopen a revamped broadband loan program, which offers financing to eligible rural carriers that invest in bringing high-speed broadband to unserved and underserved rural areas.

The President has called for the Federal Government to remove all unnecessary regulatory and policy barriers to broadband build-out and competition, and is establishing a new Broadband Opportunity Council of over a dozen government agencies with the singular goal of speeding up broadband deployment and promoting adoption for Americans.

The Council will also solicit public comment on unnecessary regulatory barriers and opportunities to promote greater coordination with the aim of addressing those within its scope.