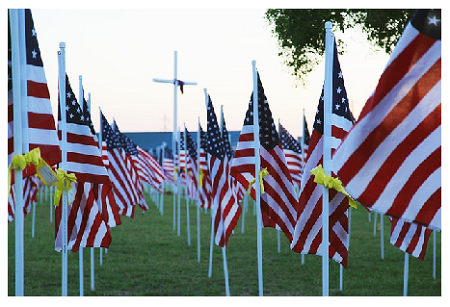 President Obama, in his weekly address, publicly expressed his strong support and that of the nation to the veterans for their dedicated service and sacrifice made to the country.

“Our gratitude should extend beyond what our veterans have done for us in the past.  It should remind us of our responsibility to serve them as well as they have served us.  It should compel us to keep our veterans central to the ongoing work of this nation,” the President said. He noted that his administration has made historic investments in not only boosting the VA budget, expanding veterans’ benefits, and improving care for wounded warriors, but also slashed the disability claims backlog by nearly 90 percent from its peak.

Moreover, he said his administration is reducing the outrage of veterans’ homelessness and have also helped tens of thousands of veterans get off the streets.

“The veterans’ unemployment rate is down to 3.9 percent – even lower than the national average,” he declared.

He stated that  there is still a lot of work yet to be done to help veterans and he has directed his administration to keep doing everything it can to fulfill the promise of the government to veterans.

“But this isn’t just a job for government alone. We all have a role to play.  Less than one percent of Americans are serving in uniform.  So it’s true most Americans don’t always see and appreciate the incredible skills and assets that our veterans can offer,” He said.

The President further stated that Americans should know that veterans represent a pool of talented people that are equipped with the necessary knowledge, skills and abilities to get any job done effectively and efficiently.