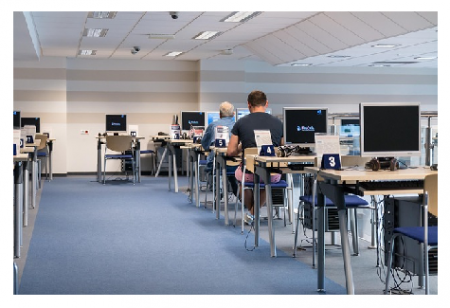 President Obama has not only ended 2014 in a blaze of glory, but has also started the New Year with the bold proposal of making education free at publicly funded community college level. This he believes will allow all Americans access to higher education and boost weak U.S. wages and skills for the modern-work force.

The President pitched his idea on a visit to Pellissippi State Community College in Knoxville, Tennessee as well as in a video message posted to Facebook.

“Put simply, what I’d like to do is to see the first two years of community college free for everybody who is willing to work for it,” Obama said.

President Obama understands well what it is to be saddled with student loan debt as he himself also had to contend with the burden of such debt before becoming President. Moreover, he is fully aware of the rising and prohibitive cost that is affecting students who want to continue their education.

At the same time, a few leaders have raised the issue of funding for a free two- year community college education.

However, according to a Press report, administration officials on a conference call with reporters said the funding details would come out later with the president’s budget next month. They estimated that 9 million students could participate and save an average of $3,800 in tuition per year. That suggests an annual cost in the tens of billions of dollars.

Students would qualify if they attend at least half-time, maintain a 2.5 GPA, and make progress toward completing a degree or certificate program. Participating schools would have to meet certain academic requirements.

The White House official said the federal government would pick up 75 percent of the cost and the final quarter would come from states that opt into the program.

Press reports have cited a chilly response to the idea from House Speaker John Boehner’s office. “With no details or information on the cost, this seems more like a talking point than a plan,” said spokesman Cory Fritz.