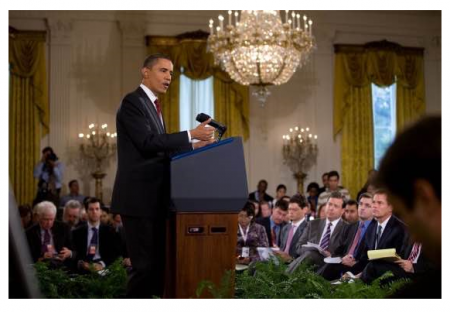 Al-Qa’ida operatives continue to show no mercy on Westerners held in their captivity in general and Americans in particular.

The terrorist group seems like a bad boil on the lips to which western governments seem powerless to do anything about.

Consequently, this rag tag bunch of men with their weapons, guns, and ammunition manufactured in the West for the most part continue to wreak havoc not only upon their own people and country but also any foreigners within their grasp or reach.

One of Al-Qa’ida’s latest Western victims is the murder of Luke Somers, an American photojournalist, who was killed by the terrorist group as the U.S. Special Forces attempted a rescue mission to save his life.

This has prompted the President of the United States to issue a statement strongly condemning the barbaric murder of Somers. He said, “On behalf of the American people, I offer my deepest condolences to Luke’s family and to his loved ones.  I also offer my thoughts and prayers to the family of a non-U.S. citizen hostage who was also murdered by these terrorists during the rescue operation.  Their despair and sorrow at this time are beyond words.”

He also said that it was his highest responsibility to do everything possible to protect American citizens and pointed to the fact that this and previous hostage rescue operations demonstrate that the United States will spare no effort to use all of its military, intelligence, and diplomatic capabilities to bring Americans home safely, wherever they are located.  And terrorists who seek to harm our citizens will feel the long arm of American justice.

The President further said, “Luke Somers was kidnapped fifteen months ago in Yemen and held hostage by Al-Qa’ida in the Arabian Peninsula (AQAP).  Since his capture, the United States has been using every tool at our disposal to secure his release.  Earlier this week, a video released by his terrorist captors announced that Luke would be killed within 72 hours.  Other information also indicated that Luke’s life was in imminent danger.  Based on this assessment, and as soon as there was reliable intelligence and an operational plan, I authorized a rescue attempt yesterday.  I also authorized the rescue of any other hostages held in the same location as Luke.”

He noted that Luke was a photojournalist who sought through his images to convey the lives of Yemenis to the outside world.

He said that Somers came to Yemen in peace and was held against his will and threatened by a despicable terrorist organization.

He bemoaned the callous disregard the terrorist group had for Somers’ life and posited that this is more proof of the depths of AQAP’s depravity, and further reason why the world must never cease in seeking to defeat their evil ideology.

“As Commander-in-Chief, I am grateful to the U.S. forces who carried out this mission as well as the previous attempt to rescue Luke, and to the dedicated intelligence, law enforcement, and diplomatic professionals who supported their efforts.  I also deeply appreciate the support and assistance provided by President Hadi and the Yemeni government, and reiterate our strong commitment to combating the shared threat posed by AQAP,” the President stated.

“We remember Luke and his family, as well as the families of those Americans who are still being held captive overseas and those who have lost loved ones to the brutality of these and other terrorists.  We remain determined to do our utmost to bring them home, and to hold those who have done them harm accountable,” he concluded.