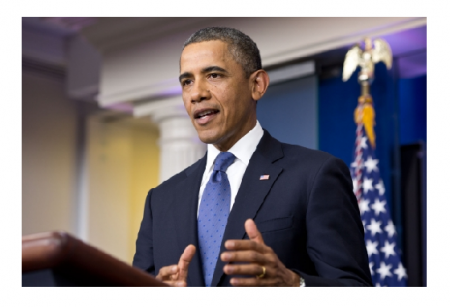 President Obama will for the first time since assuming the position of President of the United States sit down for an exclusive interview with Chris Wallace on the program Fox News Sunday. According to press reports, the President will use the program to press Republicans to support his Supreme Court nominee, Merrick Garland.

Over the years, the President has had to wrestle with the Republican-led Senate to get anything done in Congress and often resort to Executive Orders to get some of his programs implemented.

Today, the Senate is refusing to hold hearings let alone confirming Garland as the President’s nominee to fill the vacant position created by the death of Justice Antonin Scalia in February.

Senate Majority Leader Mitch McConnell, R-Ky., and other GOP leaders have strongly objected to President Obama nominating anyone to fill the position on the basis that he has less than a year remaining in office.

The show’s host, Chris Wallace, taped the interview Thursday and predicted the president will make bigger news with his comments about Hillary Clinton’s emails.

The Federal Bureau of Investigation is said to be very close to finishing its review of the private server Clinton maintained as the nation’s top diplomat.

Presidential election politics will be the focus on the other shows, with Sen. Bernie Sanders hitting three different programs ahead of a critical contest in New York on April 19.

Polls currently show him behind Hillary Clinton, who will also appear, in addition to Republican presidential candidate John Kasich.