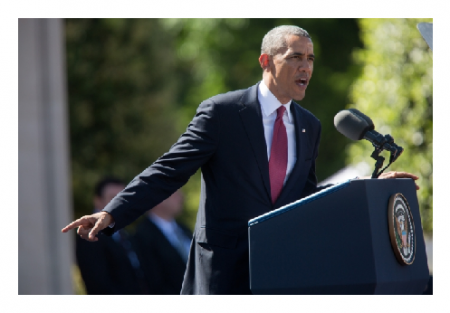 Play By The Same Rules

President Obama in his weekly address noted that over the past seven years the country has not only been recovering from a crisis but also has been in a rebuilding process.

“Our businesses have created jobs for 73 straight months – 14.4 million new jobs in all.  We’ve covered another 20 million Americans with health insurance. We’ve helped more Americans afford college, and invested in industries that create good jobs that pay well, like clean energy. And wages are finally rising again,” the President argued.

He said, however, more needed to be done and his administration is rooting to ensure that there is a level playing field and that everyone has a fair shot at making it to the top.

He further said that his administration has taken two big steps that will help ensure hard work is rewarded, and that everybody plays by the same rules.

He said, first, measures are now being put into place to ensure that financial advisors do not act to serve their own personal interest but that of their clients.

He stated that the Department of Labor has recently finalized a rule that will crack down on the shenanigans of retirement advisors who give bad advice yet earn a windfall in their income on the back of retirees.

In addition, he said the Treasury Department will take action to crack down on big corporations that change their address overseas after acquiring smaller companies, in order to reduce their tax bill in the U.S.

“It means that American companies can take advantage of America’s technology, America’s infrastructure, America’s workers – but then, when it comes to paying their fair share of taxes, suddenly claim they’re not American companies after all. That’s why, this week, the Treasury Department made it more difficult for companies to exploit this loophole and stick the rest of us with the tab,” he continued.

The President said the newly introduced rules will make the tax code fairer and provide stronger protection for consumer.

“We should build an economy where everybody has a fair shot, everybody does their fair share, and everybody plays by the same set of rules,” he opined.