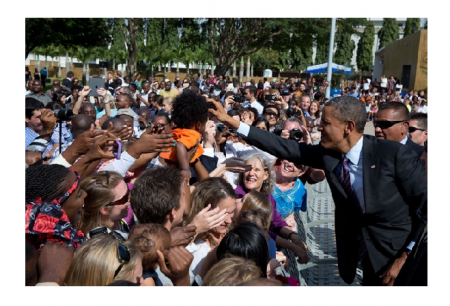 Is he who laugh last, children is he who win

Is a foolish dog bark at a flying bird

One sheep must learn, children to respect the shepherd – Bob Marley

The Republican fight to shake down the government and beats its chest did not pan out well this time as it did in 2011 when House Speaker John Boehner (R-Ohio) proudly declared in an interview with CBS News, “ When you look at this final agreement that we came to with the White House, I got 98% of what I wanted. I’m pretty happy.”

Back then, in 2011, a deal was passed by the Senate barely ahead of the Treasury Department deadline for when the U.S. government would default if a deal to raise the debt was not made. The deal then included among other things cutting federal deficits by $2.1 trillion over 10 years while raising the debt limit by the same amount, creating a joint bicameral committee of legislators charged with finding additional cuts, no added revenues, and the voting of the House and Senate on a balanced-budget amendment in the last quarter of 2012.

So, the dictate of the Republican’s script or strategy was to postpone, defund, or repeal the Affordable Care Act (Obamacare) at all cost or by any means necessary. The under belly, however, of the government shutdown according to some pundits is the strong dislike for an African-American president in the White House. This in of itself warrants no support for his agenda.

Notwithstanding the shutdown script or antics of the Republican Party, the Obama administration indicated no interest in their demand. The President said then, “One faction of one party in one house of Congress in one branch of government doesn’t get to shut down the entire government just to refight the results of an election.” He further added, “keeping the people’s government open is not a concession to meet.”

“You don’t get to extract a ransom for doing your job, for doing what you’re supposed to be doing anyway. Or just because there’s a law there that you don’t like,” he further said. “The American people sent us here to govern.”

Today, the government is once again open for business and the Republicans have nothing to show for their 16-day government shutdown.

However, the truth is, it has been a costly exercise for the country both in terms of money and reputation. One report puts it as having taken out $24 billion out of the U.S. economy and reduced projected fourth-quarter GDP growth from 3 percent to 2.4 percent.

Now, in light of the Republicans shenanigan to shut down the government and push their own agenda the president has given them a stern piece of advice, “You don’t like a particular policy or a particular president, then argue for your position, go out there and win an election.”