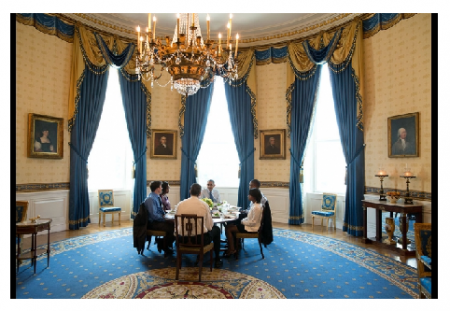 As schools across the country are set to open their doors in a few weeks, President Obama in a recent weekly address once again pointed to the importance of education and the concerted attempt by his administration to put policies in place to assist students.

The President said, “We know that in today’s economy, whether you go to a four-year college, a community college, or a professional training program, some higher education is the surest ticket to the middle class. The typical American with a bachelor’s degree or higher earns over $28,000 more per year than someone with just a high school diploma. And they’re also much more likely to have a job in the first place – the unemployment rate for those with a bachelor’s degree is less than one-third of the rate for those without a high school diploma.”

He noted that for many families across the country paying for higher education is a constant struggle. He cited the example of a young woman named Elizabeth Cooper who wrote to tell him how hard it is for middle-class families like hers to afford college. She wrote, according to the President, that she feels “not significant enough to be addressed, not poor enough for people to worry [about], and not rich enough to be cared about.”

The President further said, “Michelle and I know the feeling – we only finished paying off our student loans ten years ago. And so as President, I’m working to make sure young people like Elizabeth can go to college without racking up mountains of debt. We reformed a student loan system so that more money goes to students instead of big banks. We expanded grants and college tax credits for students and families. We took action to offer millions of students a chance to cap their student loan payments at 10% of their income. And Congress should pass a bill to let students refinance their loans at today’s lower interest rates, just like their parents can refinance their mortgage.”

He bemoaned the fact that as long as college costs keep rising, money cannot continue to be  thrown at the problem – colleges he noted, have to do their part to bring down costs as well. He explained that his administration has proposed a plan to tie federal financial aid to a college’s performance, and create a new college scorecard so that students and parents can see which schools provide the biggest bang for your buck. He stated further that a new $75 million challenge was launched by his administration to inspire colleges to reduce costs and raise graduation rates and noted that in January, more than 100 college presidents and nonprofit leaders came to the White House and made commitments to increase opportunities for underserved students.

“Since then, we’ve met with even more leaders who want to create new community-based partnerships and support school counselors. And this week, my Secretary of Education, Arne Duncan, announced a series of commitments to support students who need a little extra academic help getting through college,” the President further added.

Finally, he argued that this is a challenge he takes personally and challenged all young people heading back to school to view their education as something to be taken personally, also.

“It’s up to you to push yourself; to take hard classes and read challenging books. Science shows that when you struggle to solve a problem or make a new argument, you’re actually forming new connections in your brain. So when you’re thinking hard, you’re getting smarter. Which means this year, challenge yourself to reach higher. And set your sights on college in the years ahead. Your country is counting on you,” he said.