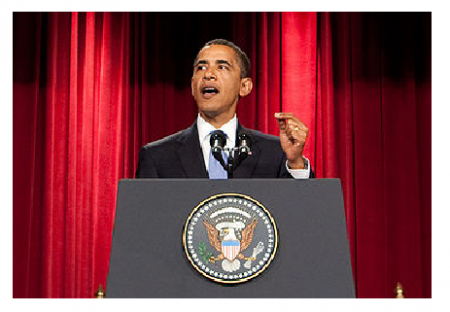 President Obama in his weekly address noted that the political discourse today is a far cry from when he started his political career.

“My colleagues and I actually shared a lot in common.  We fought for our principles, and voted against each other, but because we assumed the best in one another, not the worst, we found room for progress.  We bridged differences to get things done,” he said.

He also said it is common among most Americans to have points of differences but work together for a positive outcome while showing respect for the views of each other.

He said that if the general approach to politics was carried out in a similar way in which people conduct their daily lives, with common sense, a commitment to fairness, and the belief of collective responsibility, nothing would be impossible do.

He said, “But I’ll be the first to admit that the tone of our politics hasn’t gotten better, but worse.  Too many people feel like the system is rigged, and their voices don’t matter.  And when good people are pushed away from participating in our public life, more powerful and extreme voices will fill the void.  They’ll be the ones who gain control over decisions that could send a young soldier to war, or allow another economic crisis, or roll back the rights that generations of Americans have fought to secure.”

He said that reducing the influence of money in our politics, to changing the way congressional districts are drawn, to simply changing the way people treat with each other should not be a difficult undertaking.

“One thing I focused on, for example, was how we can make voting easier, not harder, and modernize it for the way we live now,” he said.

He cited the situation in Illinois where a new law allows citizens to register and vote at the polls on Election Day, and expands early voting, which makes it much easier for working folks and busy parents.

He also said automatic voter registration for every citizen when they apply for a driver’s license was under consideration and he was calling on more states to adopt steps like these.

“When more of us vote, the less captive our politics will be to narrow interests – and the better our democracy will be for our children,” he said.