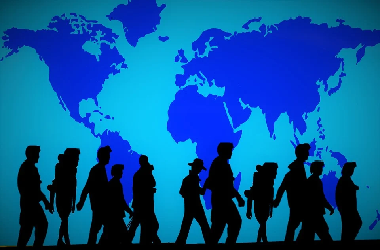 President Joe Biden has lifted the U.S. annual refugee cap after a push back from progressives and refugee agencies. The President had initially opted to keep former President Trump’s cap of 15,000.

Now, the President has decided to increase that number to 62,500.

“I am revising the United States’ annual refugee admissions cap to 62,500 for this fiscal year. This erases the historically low number set by the previous administration of 15,000, which did not reflect America’s values as a nation that welcomes and supports refugees,” said the President.

He said, “The new admissions cap will also reinforce efforts that are already underway to expand the United States’ capacity to admit refugees, so that we can reach the goal of 125,000 refugee admissions that I intend to set for the coming fiscal year.”

The President noted that refugees worldwide waiting should feel relieved as the U.S. commitment to vulnerable people is unyielding.

“It’s a statement about who we are, and who we want to be. So, we are going to rebuild what has been broken and push hard to complete the rigorous screening process for those refugees already in the pipeline for admission,” he said.

The President further said, “The sad truth is that we will not achieve 62,500 admissions this year. We are working quickly to undo the damage of the last four years. It will take some time, but that work is already underway. We have reopened the program to new refugees. And by changing the regional allocations last month, we have already increased the number of refugees ready for departure to the United States.”

He added that “the budget that I have submitted to Congress also reflects my commitment to the goal of 125,000 refugee admissions in the first fiscal year of my presidency. That goal will still be hard to hit. We might not make it the first year.”

The President said that he would be making every effort to ensure that help is offered to “refugees fleeing horrific conditions in their home countries.”

The country’s refugee program is distinct from the asylum system. Refugee status applies to those seeking protection while still overseas, while asylum seekers do so from a port of entry or inside the U.S.