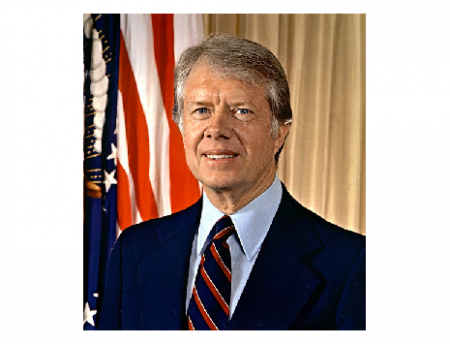 90-year-old former President Jimmy Carter was out on the campaign trail on Sunday to support his grandson, Jason, the Democratic nominee for Georgia governor in the 2014 election and a state senator.

Carter’s grandson is challenging Republican’s governor, Nathan Deal, in a tight race for the senate seat in the upcoming mid-term election, scheduled to take place early next month.

Carter commended his grandson for the role he has played in fighting against state voter ID law.

Carter was speaking at a Sunday church service to a predominantly black congregation. He reminded them of the struggles that African-Americans faced in getting the right to vote.

It’s been more than four decades since Jimmy Carter campaigned across Georgia and asked voters to make him governor.

Today marks the former President first public appearance of the campaign. His role had been limited to headlining fundraisers and providing counsel to the campaign.