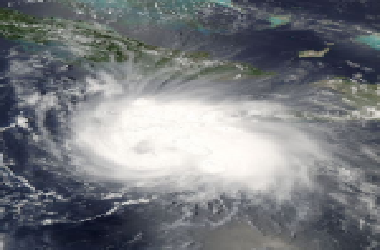 The Philippines, with its 106.7 million population, has taken a beaten from Typhoon Goni.

This Southeast Asian archipelagic country has had little or no ease from mother nature.

Plagued with an average of at least 20 storms and typhoons annually, the people have gotten accustomed to powerful storms and the devasting effect they have had on the country.

This time around, it’s Typhoon Goni that has battered the country with “catastrophic” 225km/h (140mph) winds and torrential rainfall.

According to press reports, at least four people are reported to have died. Homes have been damaged, and roads are inundated with flash flooding.

It is also set to “cross the South China Sea while continuing to weaken as it approaches southern Vietnam.”

Goni – known as Rolly in the Philippines – is the most powerful storm to hit the country since Typhoon Haiyan killed more than 6,000 people in 2013.

The typhoon has made life more miserable for the country, compounding the COVID-19 pandemic problems, which has had a devasting impact on the nation’s economy.

As of November 1, there have been 383,113 confirmed cases of the COVID-19 disease in the country.

The Philippines has the 2nd highest number of confirmed COVID-19 cases in Southeast Asia (after Indonesia) and ranks 7th in Asia and 22nd in the world.

The Department of Health (DOH) announced 6,958 new cases, the largest single-day increase in the number of confirmed cases on August 10.

Civil defense chief Ricardo Jalad said that some 347,000 people were evacuated as a precautionary measure before the storm.