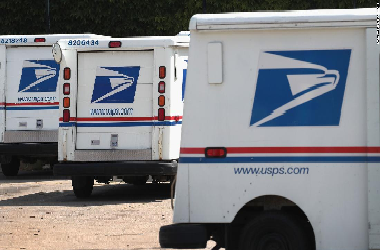 Fears are growing that a postal crisis will lead to uncounted votes in the U.S. presidential election.

Accounts of slowdown and curtailed service are emerging across the country as Louis DeJoy, the postmaster general and a Republican megadonor, makes financial cuts that he says are intended to overhaul an agency suffering billion-dollar losses.

However, the changes being implemented could be a setback for the electorate this November.

Postal workers have already warned that many voters could be disenfranchised in casting their ballots by mail.

The coronavirus pandemic has forced political leaders to consider allowing the electorate to vote by mail a suitable alternative.

The moves come as the Postal Service has removed mail-sorting machines, cut overtime, and informed states that it might not be able to meet their deadlines for delivering mail ballots.

Meanwhile, President Trump has accused Democrats of refusing to fund the Postal Service, but the Democrats have charged that the President has no desire to accommodate voting by mail as an option.

House Speaker Nancy Pelosi is set to call the House of Representatives back into session this week to vote on legislation to block recent cost-cutting measures at the Postal Service amid growing concern that delivery delays are an attempt by President Trump to suppress voting by mail during the pandemic.

Democrats also called on the postmaster general and another top official to testify later this month.