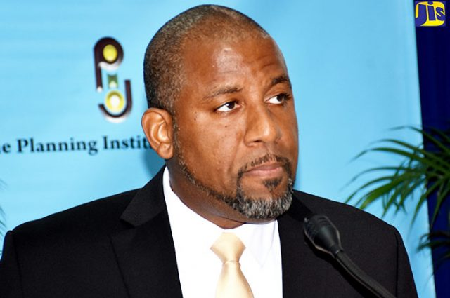 The Planning Institute of Jamaica (PIOJ) has indicated that there is a positive economic outlook for the current quarter of October to December 2016.

According to the Director General of the PIOJ, Dr. Wayne Henry, gross domestic product (GDP) for the period is expected to grow within the range of one to two percent.

He attributed this to an anticipated increase in output across all industries, as well as the International Monetary Fund’s approval of a successor precautionary three-year Stand-By Arrangement with Jamaica.

Meanwhile, Jamaica has recorded the strongest growth estimate in real GDP in nine years, with a 2.2 percent growth for the July to September quarter.

Strong performance from the Agriculture, Forestry, and Fishing industry estimated real GDP increase of 28 percent, the highest output by the industry recorded for a July-September quarter since 1998.

According to Dr. Henry, the positive projection in output for the period reflects the impact of higher levels of business and consumer confidence as well as increased employment levels; improved performance in the economies of the country’s main trading partners; and improved weather conditions relative to the corresponding quarter in 2015.

He also noted that except manufacturing all other industries have performed fairly well. These include Hotel and Restaurant, Service, Mining and Quarrying, Transport, Storage and Communication industry.

He further noted that the largest increases for the year to date were recorded by Agriculture, up 11.6 percent.