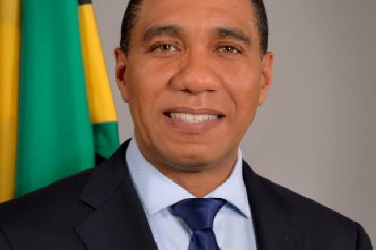 Jamaica’s Prime Minister Andrew Holness says the Government is on the right track to position the country for significant future growth.

“I’m very proud of the fact that Jamaica has resolved [issues related to the] financial/fiscal management of its economic affairs. I believe we are on a very good course, having gone through several International Monetary Fund (IMF) programs, to entrench this kind of fiscal stability, fiscal prudence and good fiscal management,” Mr. Holness said.

“We are on a trajectory for growth, and I think that is another major achievement,” he added.

He said the government was also dealing with other institutional and development issues to better position the country within the region.

These, he informed, include strengthening of the country’s bureaucracy to deal with matters such as corruption, while focusing on enhancing the efficiency of public service delivery.

Additionally, Mr. Holness said the Administration is investing heavily in bolstering the country’s national security framework, both in relation to the Jamaica Constabulary Force ((JCF) and Jamaica Defense Force (JDF).

“We are, [and] I’m very proud of this, improving our policing capabilities; that has been a challenge for many years,” he further stated.

The Prime Minister pointed out that the Government was also boosting resources for the education sector, adding that “in a few months, we will roll out some transformative policies”.

“These are long-term investments, which will have signal effects on the transformation of our country,” Mr. Holness underscored.