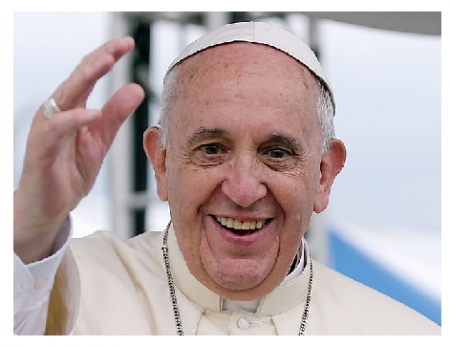 Pope Francis, in his Christmas message, prayed for peace and renewed brotherhood in troubled spots around the world that include Syria, Yemen, Venezuela, Nicaragua, and other places experiencing conflict.

“May all of us receive peace and consolation from the birth of the Savior and, in the knowledge that we are loved by the one heavenly Father, realize anew that we are brothers and sisters and come to live as such,” Pope Francis said from the center of loggia of St. Peter’s Basilica.

In his “Urbi et Orbi” blessing, the Pope expressed a Christmas wish for brotherhood among people of different backgrounds.

“By his incarnation, the Son of God tells us that salvation comes through love, acceptance, respect for this poor humanity of ours, which we all share in a great variety of races, languages, and cultures,” he explained.

The pope also prayed that Israelis and Palestinians might “resume dialogue and undertake a journey of peace.” He expressed hope that the truce brokered by the international community in Yemen may bring relief to “people exhausted by war and famine.”

“Without the fraternity that Jesus Christ has bestowed on us, our efforts for a more just world fall short, and even our best plans and projects risk being soulless and empty,” he said.

Francis called upon the international community to “work decisively for a political solution” in Syria without “partisan interests” so that Syrian refugees can “return to live in peace in their own country.”

“May the Child Jesus allow the beloved and beleaguered country of Syria once again to find fraternity after these long years of war,” Pope Francis prayed.

Pointing to the recent rapprochement between North and South Korea, Pope Francis prayed that Christmas might “consolidate the bonds of fraternity uniting the Korean peninsula,” enabling leaders to reach solutions “capable of ensuring the development and well-being of all.”

Francis also called for reconciliation and fraternity in Nicaragua, Venezuela, Ukraine, and countries in Africa where refugees are in need of humanitarian assistance.

The pope asked that God grant religious minorities around the world recognition of their rights, particularly the right to religious freedom.

“A particular thought goes to our brothers and sisters who celebrate the Birth of the Lord in difficult, if not hostile situations, especially where the Christian community is a minority, often vulnerable or not taken into account,” he said.