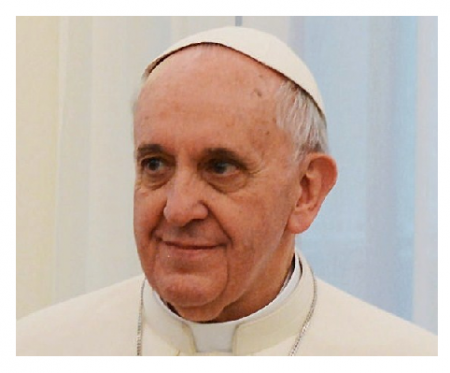 The gay community has been a prominent fixture in the news headlines recently following the massacre of some of its members at a nightclub in Orlando, Florida.

The Pope apparently has not lost sight of the situation and must have mourned the death of the wanton attack on innocent members of the gay community.

Reuters reports that aboard the plane while flying back from Armenia to Rome, the Pope said the church should ask for forgiveness for its treatment to women, for turning a blind eye to child labor and, “ for blessing so many weapons” in the past.

The Church’s teachings historically have maintained that homosexuality is a sin.

However, the report noted that the Pope stated he recalled also that the Church’s teachings take account of the fact that homosexuals “should not be discriminated against. They should be respected, accompanied pastorally.”

According to the report, Francis repeated a slightly modified version of the now-famous “Who am I to judge” comment he made about gays on the first foreign trip after his election in 2013.

“The questions is if a person who has that condition, who has good will, and who looks for God, who are we to judge?”