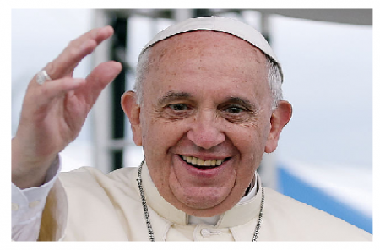 Pope Francis endorsed same-sex civil unions for the first time as pontiff while being interviewed for the feature-length documentary “Francesco,” which premiered earlier this week at the Rome Film Festival.

The film covers a wide range of topics that have occupied the mind of the pope over many years.

These include the environment, poverty, migration, racial, and income inequality and the people most affected by discrimination.

“Homosexual people have the right to be in a family. They are children of God,” Francis said in one of his sit-down interviews for the film.

“You can’t kick someone out of a family, nor make their life miserable for this. What we have to have is a civil union law; that way they are legally covered,” he added.

While serving as archbishop of Buenos Aires, Francis endorsed civil unions for gay couples as an alternative to same-sex marriages. However, he had never come out publicly in favor of civil unions as pope.

Conservative Catholics, on the other hand, said these remarks continued to sow confusion among the faithful.

Conservative U.S. Cardinal Raymond Burke, a frequent critic of Francis, said the remarks “are contrary to the teaching of the Sacred Scripture and Sacred Tradition,” he wrote in a statement.

“They cause wonderment and error regarding the Church’s teaching among people of good will,” he said, and are not binding for Catholics in any way.