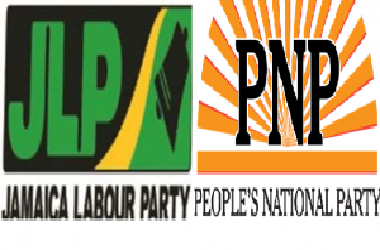 The recent cries by officials from Jamaica’s two major political parties about the financial burden being placed on party candidates to execute their jobs have not only opened a can of worms but also may be said to be noisome.

In a press report, Deputy General Secretary of the Jamaica Labor Party (JLP) Homer Davis stated that it takes $250,000 at the bare minimum to maintain a constituency office monthly, without counting other activities that demand financial output.

On the other hand, the General Secretary of the People’s National Party (PNP) Julian Robinson has lamented the huge financial burden placed on political candidates to acquire funds to meet the needs of constituents.

“There are a number of different types of expenditures – but the reality of our political culture is that there are a lot of other expenses that you’ll be forced to deal with because your constituents look to you to deal with certain things. We can have a debate about if it should be so or not, but if it is a prescription, a funeral – most political have to dig into their own resources to deal with constituents,” bemoaned Robinson.

Now, it doesn’t take much insight to discern that both party officials are indirectly angling for public funding to support their party’s activities.

However, one can understand the reluctance of either official to declare and make a case for public funding openly.

The fact is, for the most part, political leaders over the years within the country have not been good stewards of the nation’s treasury or its resources.

Consequently, they have made cynics out of the electorate who would readily conclude that the politicians are seeking to feather their nests or looking for a bigger trough to fatten themselves.

The fact of the matter is all political parties need funding to maintain their political activities. However, money in politics can also be a threat to the democratic process if not carefully managed.

Today, it is easy to see the impact of money on the political process globally, for example, the substantial corporate campaign donations in the United States and drug money seeping into politics in Latin America, to corruption scandals throughout Asia and Europe.

Attempts to tackle these challenges through political finance laws and regulations are often undermined by a lack of political will or capacity, as well as poorly designed and enforced measures.

The crux of the matter is holding our politicians accountable, a daunting task given the way our local leaders treat with and practice the art of politics.

After all, former Prime Minister P.J. Patterson characterized our politics as “the fight for scarce benefits and political spoils carried on by hostile tribes which seem to be perpetually at war” — it’s not an easy road, ask Ruel Reid former Minister Of Education, Youth And Information.

The truth is to get a constituency plan with a performance-based timetable from any of the current Members of Parliament would be considered an anathema, or they will be first to say politics “nuh wuk suh.”

According to Davis, “There are many politicians today that are broke, even serving politicians – if they have a doctor’s bill tomorrow morning, they can’t even afford to pay it. It is time for us to look at funding political parties.”

The truth is no one wishes poverty on anyone, let alone a politician.

However, for constituents to give politicians power and pay them to govern without any return to secure their rights as citizens, right to life, to liberty, and the pursuit of happiness that would be a travesty of justice.

The quest, therefore, should be for both politicians and constituents to avoid being broke and in a position to afford a doctor’s bill — politicians are best positioned to create that possibility, but no doubt will seek after their own interest.

That said, today, more and more countries are moving towards some form of direct and indirect public funding to create a level playing field and open greater opportunities for more parties.

However, any form of public funding in our local pollical system, whether direct or indirect, must be contingent on abiding regulations that require transparency and reform.

It slippery out deh!