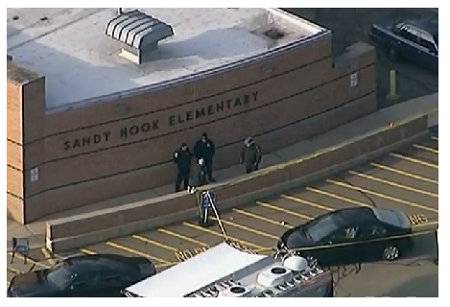 People cry for action not a bag a mouth after Umpqua Community College shooting.

Another day and another group of students killed within what ought to be a sanctuary for students — a school.

Now, one of the first duties of any government is to offer protection to its citizens by any means necessary.

However, not many family members, colleagues, and friends would have felt that their loved ones who died in the latest mass shooting at Umpqua Community College were given that protection.

Following the Sandy Hook Elementary School tragedy in 2012 when 20 children and 6 adults were killed, President Obama said this, “We won’t be able to stop every violent act, but if there is even one thing that we can do to prevent any of these events, we have a deep obligation, all of us, to try.”

However, his impassioned plea of “trying” has fallen on deaf ears as law makers have made no attempt to address the question of gun control.

The fact is a number of lawmakers are beholden to the gun lobby groups and consequently prefer to have the gun status quo remains the same.

Moreover, many of our lawmakers’ children and family members are not as exposed or vulnerable to the type of violence that the average citizen of this country faces each day.

Therefore, gun violence appears not to be an agenda item for many of them.

Today, the blaring headline doing its round in mass media is “10 dead, 9 injured in mass shooting at Oregon College.”

Again, President Obama is making another plea, “I’d ask the American people to think about how they can get our government to change these laws, and to save these lives and let these people grow up.”

Our nation has suffered too much at the hands of dangerous people who use guns to commit horrific acts of violence the president noted.

This of course is a mantra apparently bought into by many lawmakers.

According to the U.N. Office of Drugs and Crime, there was 29.7 gun homicides per million people in the U.S. in 2012, far more than any other developed countries in the world.

The latest attack has brought the number of mass shootings in the U.S. this year to 294, according to the Mass Shooting Tracker.

The question now is will the Republican controlled Congress and House heed President Obama’s call or will they continue with their homily — we need more guns not more laws.