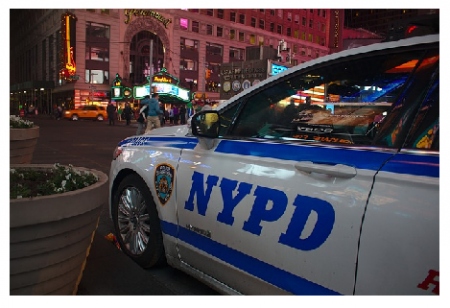 Policing at the point of a gun is an oxymoron begging for a reexamination, not so much of how it came to be, but how its continuation as public policy puts it in direct confrontation with its sworn oath to serve and protect. When we have videos of police shooting a man who is running away from a traffic stop and then calmly walking over to handcuff the dead, that’s more than a cop gone rogue. We have a cop who is demonstrating what an over reliance on the gun can do, and how it allows a culture of servants disrespecting the people whom they are sworn to serve. Policing is at the heart of our democracy, and gun or no gun; it requires the consent of the governed. Our use of force policy may have been agreed on to allow the police to feel less threatened, but a citizen’s right to a trial is sacrosanct. It’s never the police’s job to get their man or dispense justice. The moral authority conferred by a badge is the symbol that a deliberate vetting process was engaged in and a satisfactory assessment was made, that the individual wearing it is a representative of our highest ideals. If however, the badge is not respected by a citizen being investigated, what is a police supposed to do?

Let’s be clear. If a police has to draw his weapon he has already lost control of the interactive and opportunity filled encounter, and hence is ineffective going forward, and whether he threatens the person he is sworn to serve and protect with death or delivers on that threat, he has abrogated the trust of the community, who now has to bury their dead and feels justified in their jaundiced view of who and what the police represent to them. Any claim by the police that their use of deadly force was justified is akin to soldiers destroying a village to save it. It’s incongruous. It changes the nature of the relationship between the citizens and their elected representatives, and it puts the police in a rather unsavory, no win situation.

The most important thing we do each day is the practicing of our pursuit of happiness. Invariably we bump and rub others the wrong way, in our pursuit of happiness. Far worse, we may contravene laws and expectations of the society in general. When that happens, or to prevent that from happening, a police is tasked with a physical presence to dissuade or summons the citizens to answer a charge in our courts. However that simple arrangement has morphed into a bizarre, and way too often, contentious police shooting that fractures the relationship between democracy practitioners and the police as law officers.

The citizen, not the police, is the most important cog in the administration of justice. As it is now, with the frequent police shootings and videos coming to the fore of unprovoked bullying by the police, the culture created by a gun toting police as an enforcer, even to compel a citizen at the barrel of a gun, is at best, antagonistic. This must be seen as alarming, for the roles the police must play in harmonizing the society, in highlighting lopsided policy with stark disquieting  facts, requires the trust of the citizens who complains about the quality of the policing they get.

The day will come when we view unarmed police walking our streets as normal. Before that though, the police has to be convinced that their roles in this great experiment of democracy is not that of a military subduing a conquered people, but psychologist in uniform and armed with a badge, to assist a citizen, any citizen irrespective of whether he resisted arrest or not, to state his defense to the court. And all the way to the Supreme Court if the citizen is so distraught with the outcome of the lower courts. This idea is what democracy and the pursuit of justice and happiness is all about. The police need not be seen as antagonistic to this process or pursuit, and certainly, the police need not view their indispensable involvement in the lives of their fellow citizens as predicated on the big iron on their hip. Some of the things we hold dear are guaranteed by the citizens’ willingness to abide by the decisions of our courts. None of it is absolute, but is partly the recognition that, our imperfection in practicing our experiment call democracy is not so impatient of improvement that we will not commit ourselves to fix issues and revisit old grievance so that we put the safety and concern of all our citizens at the center of our affairs.

The police, if not tasked with beefing up his presence, but understanding the subtleties of human interactions, can be a more effective and welcoming person. Indeed, the person gets overlooked as we see through stereotypical lens, realizing too late that the justified shooting could have been avoided. It is within the police interest to see that a new strategy is required to give legitimacy to their oath to serve and protect. The communities which are bent over with grief and disillusionment need a strong signal to believe in the promise of a better tomorrow. The police has to make the move so as to guide the process to a healthy and rewarding outcome. The way we do policing is killing us.