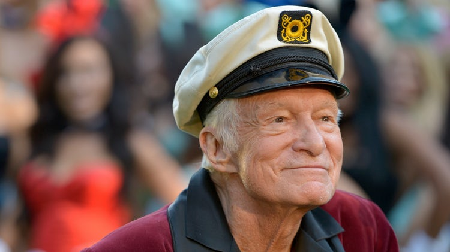 Hugh Hefner will spend eternity next to the woman who helped make him a publishing and pop culture icon.

The Playboy magazine founder, who died at age 91 on Wednesday, will be laid to rest at Westwood Village Memorial Park in Los Angeles in a vault right next to actress Marilyn Monroe.

Hefner reportedly bought the vault 25 years ago for $75,000, ensuring that his final resting place would be alongside the young actress who appeared on the cover of the first issue of Playboy in December 1953.

Hefner’s death was mourned by a wide variety of celebrities, including The Weekend, Ryan Seacrest, former Playboy cover girls Jenny McCarthy and Pam Anderson, as well as Reverend Jesse Jackson.