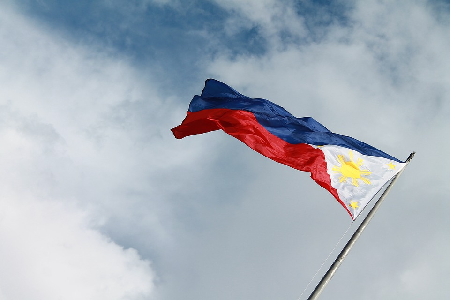 The Philippines has officially withdrawn from the International Criminal Court (ICC), thus becoming the second country to withdraw after Burundi, which left in 2017.

President Rodrigo Duterte announced the country was withdrawing from the court a year ago, but court rules require that withdrawal cannot take effect for at least 12 months.

While the Philippines no longer recognizes the Rome Statute, the withdrawal has no impact on on-going proceedings or any matter already under consideration by the court prior to the date on which the withdrawal became effective.

“[T]he Court retains its jurisdiction over crimes committed during the time the State was party to the Statute and may exercise this jurisdiction even after the withdrawal becomes effective,” tweeted ICC prosecutor Fatou Bensouda.

“My Office’s independent and impartial preliminary examination into the situation in the Philippines continues,” she also noted.

ICC prosecutor Fatou Bensouda had also said the ICC is poised to continue its preliminary examination into President Rodrigo Duterte’s bloody anti-drug campaign even after the country’s exit took effect on March 17.

Still, the ICC retains its jurisdiction over crimes committed during the time the Philippines was party to the tribunal from 2011 to March 16, 2019, Bensouda insisted.

She cited the case of Burundi, the first country to leave the ICC in October 2017. The tribunal continued its probe into alleged crimes against humanity in Burundi even after the country’s withdrawal took effect.

In the meantime, the Republic of Korea President, Assembly of States Parties O-Gwon Kwon, expressed hope that the move by the Philippines was only temporary and that “it will re-join the Rome Statute family in the future.”

In a statement, he noted, “I sincerely hope that the departure of the Philippines from the Rome Statute is only temporary and that it will re-join the Rome Statute family in the future. Encouraging universal adherence to the Rome Statute is key in strengthening our collective efforts to promote accountability for atrocities, crimes, and the rule of law. The ICC relies on the continued support of the International Community to ensure its effectiveness in the fight against impunity.”