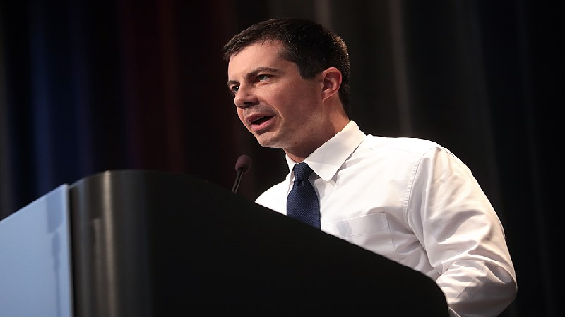 “Pete Buttigieg Jumps Out to Lead in Iowa Poll,” is one of the headlines doing the rounds in the latest political news cycle.

Buttigieg’s rapid rise in the polls has now forced political pundits and other candidates to take a second look at his market offerings.

“I am not just here to end the era of Donald Trump. I am here to launch the era that must come next — an era of hope and belonging. We can get there together,” the South Bend’s Mayor summed it up in one of his tweets.

The fact is Buttigieg has an impressive résumé — class valedictorian in high school, President of the Harvard Institute of Politics, Rhode Scholar, military veteran, a mayor at age 29, and Obama’s endorsement as a bright prospect.

That said, pundits have argued that Buttigieg lacks broad appeal beyond South Bend, Indiana — a city of 100,000 residents from which he was elected by less than 10,000 people to become mayor.

Buttigieg’s first attempt at running for statewide office in 2010, when he was the Democratic nominee for treasurer in the red state of Indiana, resulted in him losing to the Republican by more than 400,000 votes, winning about 38%.

Moreover, in Iowa’s latest poll, only 46% of Buttigieg’s supporters say they are “almost certain” he will beat Trump.

The truth is, if Buttigieg is nominated as the frontman for the Democrats and is going to win against Trump, he must win black support, and this he does not currently enjoy neither in his hometown, South Bend, nor nationally.

In a recent report, Buttigieg noted that the race is shaping up to be a “two-way” between him and Warren.

“I think this is getting to be a two-way,” Buttigieg said. “It’s early to say. I’m not saying it is a two-way.”

However, Kamala Harris, a candidate in the Democratic primary, did not take kindly to Buttigieg’s prediction, calling his comments “naïve.”

“Well, I think … that it’s naive for him to think that at this point, that the fate of this election has been determined,” she said on CBS’s “Face the Nation.” “Just look at history. You might need to review to know that what’s happening right now is not necessarily determinative of the outcome,” said Harris.

Sen. Amy Klobuchar, another running mate in the Democratic nomination race in one of her remarks, noted that she and other top female presidential candidates wouldn’t be on the debate stage if they had the same experience as Mayor Pete Buttigieg.

“Do I think that we would be standing on that stage if we had the experience that (Buttigieg) had? No, I don’t. Maybe we’re held to a different standard,” said Klobuchar.

However, during the last Democratic debate, all nine candidates clammed up against Mayor Pete; no one was prepared to question his knowledge, skills, abilities, let alone, his experience.

So, the question is, what’s giving rise to Buttigieg’s uptick in the polls?

According to J. Ann Selzer, President of Selzer & Co., which conducted the latest Iowa poll, “Buttigieg has been among those more directly criticizing Warren’s health care plan recently, and he’s dug in to present himself as the younger, fresher alternative to Biden.”

However, the man on the street has a different take, as many believe that the white liberal elite media are pushing Buttigieg.

It is also argued that he fits the stereotypical role of what a U.S. President ought to be in the 21st century, which underlines his favorable media coverage.

Moreover, some have posited the view that there are covert actions by the Republican Party to have Buttigieg nominated to make it an easy win for Donald Trump in the 2020 election.

‘Kemm hi kbira id-dinja,'” or “How vast the world is,” maybe the story Mayor Pete will tell if nominated and elected President, but I for one would not hold my breath.