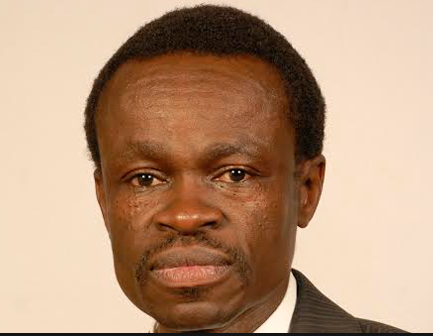 “We live in a country where our young ladies who have recently attained the age of puberty cannot afford sanitary pads, but our men and women in public offices have iPads which they do not even know how to use.”
― PLO Lumumba

Patrick Loch Otieno Lumumba a.ka. PLO, the 57-year-old Kenyan lawyer, professor, and fire-brand speaker is not only commanding attention locally but also internationally for his strident approach and views regarding African affairs.

Lumumba came to prominence when he was appointed to serve as the Director of Kenya Anti-Corruption Commission in 2010.

He is an Advocate of the High Courts of Kenya and Tanzania and a Law Lecturer at the Faculty of Law, University of Nairobi and the Director of The Kenya School of Laws since 2014.

He holds a Ph.D. in Laws of the sea from the University of Ghent in Belgium.

Lumumba is recognized by his peers as a leading litigator in Constitutional Law and Judicial Review Cases.

He has also been dubbed by the Kenya-U.S. Society as the Dr. Martin Luther King Jnr. of Kenya.

Lumumba is a staunch Pan-Africanist and has traveled to many countries, lecturing and bringing to the fore many of Africa’s problems.

He speaks profoundly of the work and vision of Patrice Lumumba and Thomas Sankara, the deceased and assassinated revolutionary leaders of the D. R. Congo and the Burkina Faso, respectively.

Additionally, he has often cited the works of black leaders such as Marcus Garvey, Jomo Kenyatta, Kwame Nkrumah, among others.

Lumumba is also remembered for his emotion-laden and energetic speech in Uganda at the third Anti-Corruption Convention.

He has written several books and many articles.