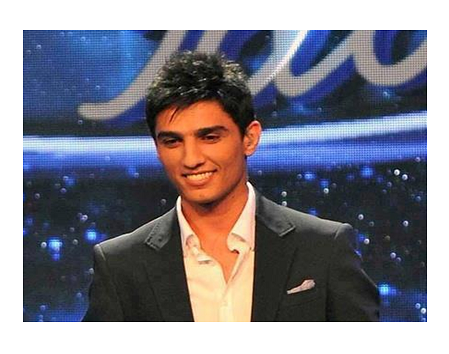 Dancing, rejoicing, and jumping in the streets are not something one readily identifies with the Palestinians territories.

However, Mohammed Assaf, 23, a little unknown wedding singer from the Gaza Strip gave his fellow Palestinians something to chant and shout about.

Celebrations erupted in the streets after it was announced that Mohammed Assaf has won the Arab Idol talent TV show competition. With the announcement, the West Bank and Gaza erupted in fireworks, waving of the Palestinian flags, and keffiyehs, a traditional chequered scarves, traffic gridlock, and tears of joy.

Assaf sank to the floor on stage, given the emotional outpouring over his victory. He later thanked the people for their votes and was also very poetic in his uttering: “A revolution is not just the one carrying the rifle, it is the paintbrush of an artist, the scalpel of a surgeon, the axe of the farmer,” he said. “Everyone struggles for their cause in the way they see fit. Today I represent Palestine and today I am fighting for a cause through my art and the message I send out.”

Sharing in the joy of his victory was his mother, “I am overwhelmed, feelings I cannot describe. Most importantly I am feeling proud, proud of the Palestinian people who showed they are alive,” she said.

Assaf has become a local hero not only for the people within his local neighborhood but also the wider Palestinian community.

He was born in Libya and returned with his family to Khan Younis at the age of four. He comes from humble beginnings and started singing at weddings and family parties in Gaza as a little boy.

Living in a conservative and religious society, he did not garnered support readily as the competition is viewed as a western-style contest and therefore deemed as sacrilegious. “Voting for songs and immorality, evil and sin is not only forbidden, it is a crime against the cause of our people,” said Mohammed Salim in a sermon at the al-Aqsa Mosque in Jerusalem on Friday, the day of the final performances.

Notwithstanding, Assaf received endorsement from his president, Mahmoud Abbas and former prime minister, Salam Fayyad. He has been appointed a goodwill ambassador for the Palestinian Authority. Moreover, he has secured a recording contract and a car as part of his prize.

Now, what the future holds for young Assaf is yet to be seen as he must now navigates the dogma and dictate of Hamas as well as the Israeli authorities in order to perform in public. ∅