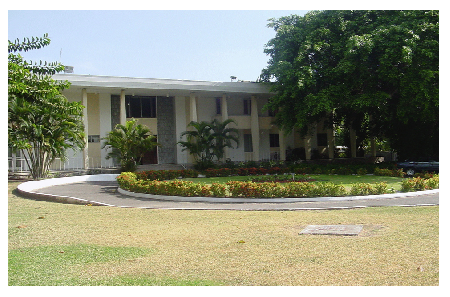 Prime Minister Portia Simpson Miller has, for over two years, refused to hold any press conferences for the wider press corps.

The media is commonly referred to as the fourth estate, a term given to a societal or political force or institution whose influence is not consistently or officially recognized.

Oscar Wilde in an essay titled, The Soul of Man under Socialism wrote, “In old days men had the rack. Now they have the Press. That is an improvement certainly. But still it is very bad, wrong, and demoralizing. Somebody — was it Burke? — called journalism the fourth estate. That was true at the time no doubt. But at the present moment it is the only estate. It has eaten up the other three. The Lords Temporal say nothing, the Lords Spiritual have nothing to say, and the House of Commons has nothing to say and says it. We are dominated by Journalism.”

Now, it seems that Jamaica House is eating up the press and the Press Association of Jamaica (PAJ) is not taking this lying down.

According to the Jamaica Observer, the PAJ was in a foul mood as it scolded Jamaica House for restricting media access to Prime Minister Portia Simpson Miller while urging the Government to give the local press the respect it deserves.

The PAJ gripe is “the disgraceful position taken by Jamaica House” to restrict media access to Simpson Miller, who “has given very few in-depth interviews during her term in office which would allow individual journalists to adequately probe her ideas and policies”.

The association, according to the report, argued that “the prime minister has given very few in-depth interviews during her term in office which would allow individual journalists to adequately probe her ideas and policies. Even more importantly, however, the prime minister has, for over two years, refused to hold any press conferences for the wider press corps.”

“The prime minister’s steadfast refusal to face the media is unprecedented in modern times, and is contemptuous of and dismissive of the Jamaican press to an unbelievable degree,” the association declared.

The importance of press conferences, PAJ charged, lies in the fact that all journalists are able to attend and pose a wide variety of questions.

“We urge Jamaica House to begin to pay the local press the respect it deserves, and to immediately begin to schedule regular press conferences with the Prime Minister, for the benefit of the public which we serve,” the release said.