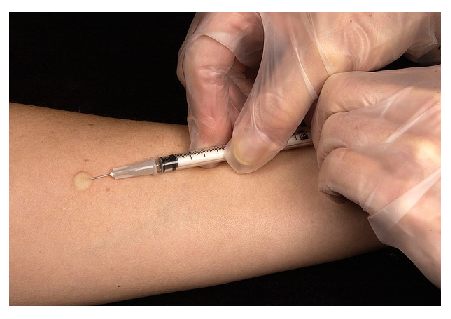 The Pan American Health Organization/World Health Organization (PAHO/WHO) is urging travelers to the 2015 Americas Cup, scheduled for June 11 to July 4 in Chile, to ensure they are protected from vaccine-preventable diseases, especially measles and rubella.

Intensified international travel and population movement associated with mass events increase the risk of imported cases of measles, rubella and other vaccine-preventable diseases. For this reason, PAHO/WHO is calling on travelers to make sure they are up to date on their vaccines and, if not, to get vaccinated against measles and rubella, ideally at least two weeks before traveling.

“Anyone over 6 months old who has not been vaccinated, or who does not remember if they were vaccinated, should get vaccinated against measles and rubella at least two weeks before traveling to the Americas Cup,” said Cuauhtemoc Ruiz, chief of PAHO/WHO’s Comprehensive Family Immunization program. During 2015, 499 confirmed measles cases have been reported in the region up to the third week of May. While traveling and for two weeks upon return, travelers should be alert for symptoms that include fever, skin rash, cough, joint pain or swollen glands.

Anyone who thinks they might have measles or rubella should remain in their lodgings except to go to the doctor, and should especially avoid traveling or visiting public places.

If symptoms appear after their trip, travelers should follow the same advice, seek medical attention and inform their doctor about their travel history. These recommendations are aimed at protecting the region’s achievements in eliminating rubella and at further advancing toward the elimination of measles. The recommendations are in line with a PAHO/WHO epidemiological alert sent to Member States last February, which called for strengthening surveillance activities and measures to protect residents of the Americas from both diseases.

Measles is a highly contagious viral disease that can be prevented with vaccination. It affects mostly children and is transmitted via droplets from the nose, mouth or throat of infected persons. Initial symptoms, which usually appear 10–12 days after infection, include high fever, runny nose, bloodshot eyes, and tiny white spots on the inside of the mouth. Several days later, a rash develops, starting on the face and upper neck and gradually spreading downwards.

There is no specific treatment for measles, and most people recover within 2–3 weeks. However, particularly in malnourished children and people with reduced immunity; measles can cause serious complications, including blindness, encephalitis, severe diarrhea, ear infection and pneumonia.

The disease caused an estimated 145,700 deaths worldwide in 2013, most of them children under 5 years old.