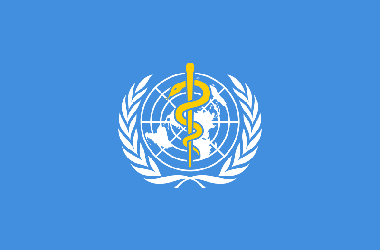 A first-of-its-kind analysis of country data on violence against children and adolescents in the Americas reports that while the region has taken important action, serious gaps in prevention and response leave many children behind.

The problem has gained new urgency amid the COVID-19 pandemic. Early data indicate that the pandemic is associated with increasing risk of domestic violence, including violence against children. COVID-related lock-down, stress, anxiety, substance abuse and social and economic concerns can provoke familial conflict. Meanwhile, the pandemic has led to reduced access of children to friends, relatives and health and protection services that might have provided support.

“Violence against children has devastating and lifelong consequences for them,” said PAHO Deputy Director Mary Lou Valdez. “COVID-19 only intensifies the problem, as triggers for domestic violence are heightened. It is vital that countries pay attention to violence against children in this time of increased tension and that they use the evidence-based strategies that have been successful in tackling this pernicious problem.”

The report was launched today in an event that included Ms. Valdez, Maria Juliana Ruiz, the First Lady of Colombia, Juliet Cuthbert Flynn, Minister of State in the Jamaica Ministry of Health and Wellness, Dr. Josefina Luna, Advisor for the National Council for Children and Adolescents (CONANI) of the Dominican Republic, and leaders of UNICEF, UNESCO and the Global Partnership to End Violence Against Children. Those three organizations – as well as numerous other groups in the region – collaborated on this report.

These strategies, with the highest potential of reducing violence against children, include implementation and enforcement of laws, challenging social norms and values that justify use of violence; creating safe physical environments for children; providing support to parents and caregivers; strengthening income and economic security; improving response and support services for children; and providing children with education and life skills.

Key findings in the report include:

All countries need to strengthen implementation of action plans and laws to address violence against children. While all countries report having laws prohibiting statutory rape, only 29% report that violators are highly likely to be sanctioned, suggesting a high level of impunity.

Too few children have access to programs and services to prevent and respond to violence. More than 90% of the countries indicate having clinical services for child survivors of sexual violence, but only 26% report that they reach all or nearly all of those in need.

Only 16% report that mental health services for child survivors reach all or nearly all of those who need them.

“Given the devastating burden of violence on the region’s children and adolescents, their families and communities, we urge all countries to sustain progress and strengthen the implementation and effectiveness of these evidence-based approaches,” said Ms. Valdez. “Nobody should be left behind. A child, who has experienced violence, must have timely access to health and protection services of good quality.”

“Violence against children is the flagship priority for UNICEF in Latin America and the Caribbean and we will keep working closely with government counterparts in all countries in the region, with our United Nations sister agencies and with the End Violence Alliance,” said Youssouf Abdel-Jelil, UNICEF´s Deputy Regional Director. “Violence, including homicides, is preventable and we must jointly act to end this crime,” he concluded.

Violence against children takes multiple forms, including maltreatment by adults in a position of authority, bullying and fighting among peers, sexual and dating violence, and assault connected to peers and gangs. Violence has been linked to physical, sexual, reproductive and mental health problems as well as to socioeconomic costs such as educational underachievement, increased risk of unemployment and poverty, and association with gangs and organized crime.

The report, a milestone for the Americas, provides a baseline that can be a foundation for future work as the Region advances toward the 2030 Agenda for Sustainable Development, which includes specific targets related to violence against children.