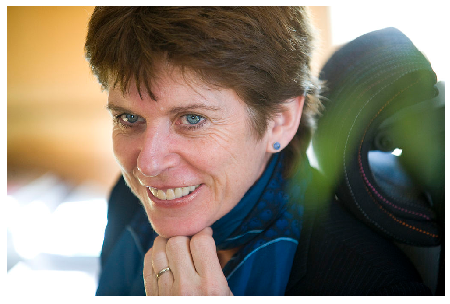 Richardson grew up in Tramore, one of seven children of Arthur and Julie Richardson.

After attending St Angela’s Secondary School, Ursuline Convent, Waterford she studied at Trinity College, Dublin where she obtained a BA degree in History and an MA degree in 1982.

In 1977, she received a Rotary Scholarship to study at the University of California, Los Angeles (UCLA).

Professor Louise Richardson became Vice-Chancellor of the University of Oxford, located in the United Kingdom, on 1 January 2016.

Prior to this appointment, she served as Principal and Vice-Chancellor of the University of St Andrews, Scotland for seven years.

Richardson spent twenty years on the faculty of the Harvard Government Department and latterly as Executive Dean of the Radcliffe Institute for Advanced Study.

She served on Scotland’s Council of Economic Advisers and currently sits on the boards of the Carnegie Corporation of New York, the Booker Prize Foundation and numerous other charities.

A political scientist by training, Professor Richardson is widely recognized as one of the world’s foremost experts on terrorism and counter-terrorism. Her publications include Democracy and Counterterrorism: Lessons from the Past (2007), What Terrorists Want: Understanding the Enemy, Containing the Threat (2006), The Roots of Terrorism (2006), and When Allies Differ (1996).

She has also written numerous articles on international terrorism, British foreign and defense policy, security institutions, and international relations, lectured to public, professional, media, and education groups and served on the editorial boards of several journals and presses.

Her awards include the Sumner Prize for work towards the prevention of war and the establishment of universal peace, Harvard’s Centennial Medal, and honorary doctorates from MGIMO University, Queen’s University Belfast and the University of Aberdeen. In 2015, she became an honorary member of the Royal Irish Academy.