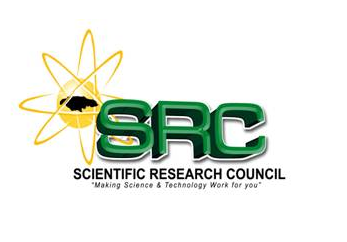 According to a press report, Dr. Lawrence Williams, a research consultant at the Scientific Research Council (SRC) has been offered over J$11 billion (US$100 million) for a patent relating to his cancer research.

The offer however was declined because its value is estimated and considered to be significantly greater than that which was offered.

Williams obtained his Bachelor of Science degree in 1987, after completing undergraduate studies at the University of the West Indies (UWI) with a major in Zoology and a minor in Chemistry.

He was recently awarded an international patent on a compound isolated from the Guinea Hen Weed as a protein complex of dibenzyl trisulphide.

The SRC said then, the protein complex has the ability to kill a wide range of cancers.

The Jamaican’s discovery has the potential to fight various kinds of cancers, a few of which are: melanoma, lung cancer, and breast cancer. The molecule also has implications for the treatment of ageing diseases.

With a number of decades dedicated to the research, Williams has revealed that the complex is superior in killing cancer cells relative to the pure compound found in the Guinea Hen Weed-dibenzyl trisulphide.

Dr. Williams holds the rights to the patent along with Dr. George Levy, a Jamaican-born medical doctor living in the United States of America.

The offer of the large sum of money is said to have been made by a major drug company located in the United States.

Press report also noted that while speaking recently in an interview on a Radio Jamaica program, Dr. Williams stated that the drug he is developing will be effective against a range of cancers.

“This remarkable breakthrough comes at a time when the world is crippled by the effects of cancer, as it is one of the leading killers globally,” the SRC asserted at the time the patent was granted.

The SRC had also said it joined the remainder of the international medical fraternity in celebrating the scientific breakthrough, back then.

Furthermore, the SRC added, “This is good news for Jamaica, given its ability to contribute to health, longevity, and as a major foreign exchange earner. Williams’ discovery could change the face of medicine as we now know it.”