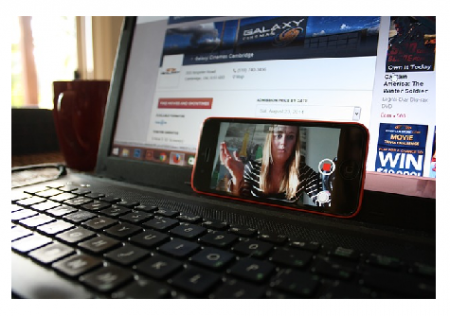 According to chinadaily.com.cn, a multi-million takeover underlines the massive growth market in education.

The report says Zheng Renqiang is surely one of China’s highest-earning English teachers. It also says the Internet is what drives and makes such a salary possible. Armed with just a computer, a camera and a headset microphone, more than 1,000 students are able to sit in on his cyber classes, during which Zheng passes on his tips on how to score highly on IELTS tests－exams which often determine whether young Chinese students can gain places to study abroad or not.

Zheng is enjoying such wealth because of what has now become a booming online educational wave in China.

His operation (which involves himself and just 10 well-recognized IELTS teachers across China), was bought over in December and merged with the Guangzhou-based 100.com－an online education platform owned by the Nasdaq-listed YY Inc, a Chinese-language, live video-streaming platform－in a deal worth hundreds of millions of yuan, the report added.

“What I can (confirm about the price) is the number was beyond my expectations,” says Zheng, who is now deputy-manager of 100.com. “I’m clearly happy, but until that moment I really hadn’t realized how much my life was about to be changed.”

The report states that Zheng says agreeing to team up with 100.com was more about how technology could be used to optimize the experience of online education, rather than the money.

The man who grew up in rural China has taught English for around a decade in some of China’s best-known English training organizations, including the New Oriental Education& Technology Group Inc. It was only a year ago that he decided to move his business online.

His teaching channel, now joined with YY’s live video-streaming platform which has 600 million registers, is enrolling up to 4,000 students a month.