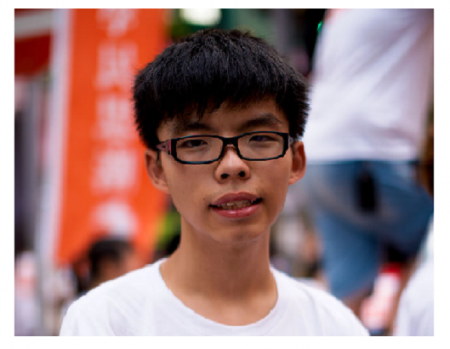 Overtime, students are known to have changed the course of history by their protest action in many countries.

For the most part, these students are driven or propelled to take action to effect changes not only when their own academic interests are at stake, but also over political and social issues that they believe may negatively affect the society at large.

There are also extreme cases of suicide; for example, in 1969 in what was called the Prague Spring, Jan Palach and Jan Zajíc committed suicide by self-immolation as a political protest against the Soviet Union’s invasion of Czechoslovakia to crush the liberalizing reforms of Alexander Dubček‘s government.

It is reported that Zajic left a letter behind stating the following:

When you read this letter, I will already be dead or close to death. I know what a severe blow my act will be to you, but don’t be angry at me. Unfortunately, we are not alone in this world. I am not doing this because I would be tired by life, on the contrary, because I cherish it too much. Hopefully my act will make life better. I know the price of life and I know it is the most precious thing. But I want a lot for you, for everyone, so I have to pay a lot. Do not lose your heart after my sacrifice, tell Jacek to study harder and Marta too. You must never accept injustice, be it in any form, my death will bind you. I am sorry that I will never see you or that, which I loved so much. Please forgive me that I fought with you so much. Do not let them make me a madman.

Say hi to the boys, the river, and the forest.”

Wong is no stranger to protest or demonstration. He is the convenor and founder of the Hong Kong student activist group, Scholarism.

He led the group in protest against a pro-China ‘national’ school curriculum, in Hong Kong at age of 15.

He had earlier begun his activist role at the tender age of 13 – demonstrating against plans to build a high-speed rail link between Hong Kong and mainland, China.

He was born in Hong Kong in 1996 and was diagnosed with dyslexia at an early age.

Wong is a former student of United Christian College and is currently an enrolled student at the Open University of Hong Kong.

He is described in the Press as confident and an idealistic campaigner who believes students are the key to Hong Kong’s future. He is also labeled by the Chinese state-run media as an “extremist.”

He further said, “We think that ‘power to the people’ means that each Hong Kong citizen, regardless of class, academic background and wealth, is part of Hong Kong, and they should have the opportunity to participate in it.”