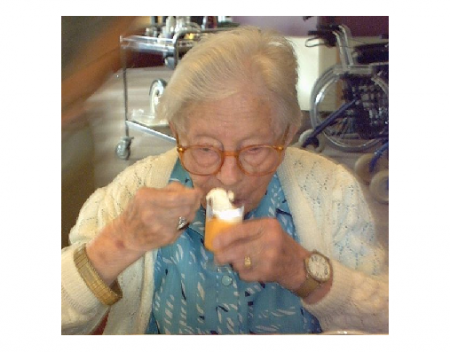 New research and analysis of the blood of the world’s oldest and healthiest woman points to the limit of life.

Hendrikje van Andel-Schipper, born June 29, 1890, the woman affectionately known as Aunt Henny held the record at one point of being the oldest woman in the world. She maintained a remarkable health until her death from stomach cancer at the age of 115-years-old.

She bequeathed her body to science with the full approval of her relatives before her death in 2005.

Researchers have now examined her blood and other tissues to see how they were impacted by age.

So far their finding suggests that our lifespan might ultimately be limited by the capacity for stem cells in our body to keep replenishing tissues on a daily basis. Once the stem cells have exhausted their useful life, they steadily diminish the body’s capacity to keep regenerating vital tissues and cells, such as blood.

In the case of Aunt Henny, it appeared that in the latter part of her life, about two-thirds of the white blood cells remaining in her body at death originated from just two stem cells, implying that most or all of the blood stem cells she was born with had already burned out and died.

“Is there a limit to the number of stem cell divisions, and does that imply that there’s a limit to human life?” asks Henne Holstege of the VU University Medical Center in Amsterdam, the Netherlands, who headed the research team. “Or can you get round that by replenishment with cells saved from earlier in your life?” she further asks.

Holstege notes, “it’s estimated that we’re born with around 20,000 blood stem cells, and at any one time, around 1000 are simultaneously active to replenish blood.” During life, the number of active stem cells shrinks, she says, and their telomeres shorten to the point at which they die – a point called stem-cell exhaustion.

She adds that this is the first time patterns of lifetime “somatic” mutations have been studied in such an old and healthy person. The absence of mutations posing dangers of disease and cancer suggest that Aunt Henny had a superior system for repairing or aborting cells with dangerous mutations.

Holstege posits the view that the results raise the possibility of rejuvenating aging bodies with injections of stem cells saved from birth or early life. These stem cells would be substantially free of mutations and and have full-length telomeres. “ If I took a sample now and gave it back to myself when I’m older, I would have long telomeres again – although it might only be possible with blood, not other tissues,” she argues.