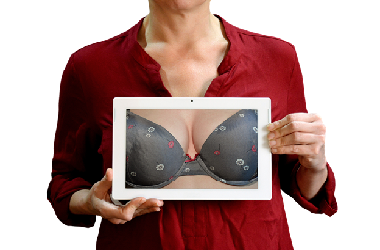 The month of October is marked as National Breast Cancer Awareness Month (NBCAM).

It covers an annual international health campaign organized by major breast cancer charities every October to increase awareness of the disease and to raise funds for research into its cause, prevention, diagnosis, treatment, and cure.

The campaign also offers information and support to those affected by breast cancer as well as to educate people about the importance of early screening, test, among other issues.

Integral to the promotional activities during the month is “No Bra Day.”

This is an annual observance on October 13 on which women are encouraged to forgo wearing a bra as a means to encourage breast cancer awareness.

“No Bra Day” was initially observed on July 9, 2011, but within three years it had moved to the 13th day of the National Breast Cancer Awareness Month, October.

Users on social media are encouraged to post using the hashtag #nobraday to promote awareness of breast cancer symptoms and to encourage gender equality.

Some users on social media sites also encourage women to post pictures of themselves not wearing a bra. Some women embrace “No Bra Day” as a political statement while others prefer the comfort of discarding what they view as a restrictive, uncomfortable garment.

Today, the observance has spread worldwide.

According to the American Cancer Society, estimates for breast cancer in the United States for 2020 are:

About 276,480 new cases of invasive breast cancer will be diagnosed in women.

About 48,530 new cases of carcinoma in situ (CIS) will be diagnosed (CIS is non-invasive and is the earliest form of breast cancer).

Additionally, an estimated 2,620 men in the United States will be diagnosed with invasive breast cancer.