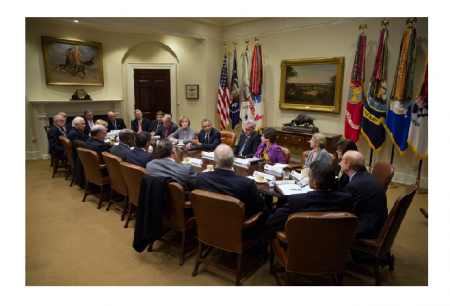 Today, the cries in the media and on the streets with regard to the failed planned roll out of the Affordable Care Act (Obamacare) due to technological glitches in the website are:

A President without credibility!

First of all, Obamacare is good for the masses, not only in law but also in spirit. The fact is everybody should be entitled to health care and people should not die because they have no health insurance or go into bankruptcy because they have some debilitating health conditions.

Second, the law makes it easier to get insurance that people can afford.

Third, 6.6 million young adults can stay on their parents’ plan until the age of 26.

Fourth, insurance companies cannot cancel coverage or limit what they will spend when one gets sick.

Fifth, through the Marketplace, one may qualify for lower monthly premiums depending on one’s income and family size.

Can the ‘Chicken Little’ of this world see that the failure of the website launch of Obamacare is not the end of the world or Affordable Care Act?

Certainly, mistakes were made regarding the Obamacare launch to which the Administration readily admit, but to continue harping and rejoicing in the refrain of “I told you so” instead of “United we stand, divided we fall” is Un-American.

If the Healthcare plan works well in Massachusetts, why can’t it work well in other states? I bet it can, if given the support by the Republicans. But, no, it’s not within the interest of the Republicans for the Democrats to introduce such law because, ultimately, the Democrats stand to gain votes by making people better off with such a far reaching piece of legislation modeled from the very same Republican playbook.

Furthermore, the angst of a black man in the White House implementing such a historic bill may be a bitter pill for some to swallow, but the fact is he is there legitimately and we all have to live with this fact for another three years or so.

The attempt to cast smears, berate, and sabotage the efforts of the president will only set back the entire country for the political gain of a few leaders in the House of Representative and the Senate.

It is time for the American people to say enough is enough and put a stop to the political shenanigan in Washington by demanding that their leaders work together for the good of the society.