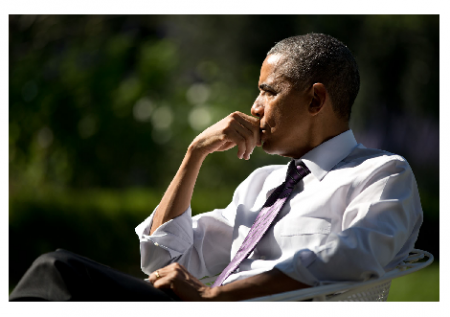 “The heights by great men reached and kept were not attained by sudden flight, but they, while their companions slept, were toiling upward in the night.” – Henry Wadsworth Longfello

Longfellow’s quote is one that easily befits and is apt in describing President Obama’s performance in 2014.

The President was on full throttle throughout the year despite the political obstruction and malaise of a Republican Congress.

Today, one cannot with a straight face deny the President’s accomplishment and moreover one’s head would have had to be buried in the sand not to see the evidence or the result of the work of a President on a mission to set America right.

So, for the uninitiated, this is where the rubber hits the road with the President in the driver’s seat pressing his agenda by having covered the following among other things during the last year:

This is a big f@#&ing deal as Vice President Joe Biden puts it. Now, poor people have a passage to health care because of the implementation of the Affordable Care Act, a.k.a Obamacare.

The President signed a Presidential Memorandum establishing the federal government’s first Quadrennial Energy Review (QER) process, with an initial focus on the nation’s energy infrastructure. In addition, the President directed the EPA and DOT to develop and issue the next phase of heavy-duty vehicle fuel efficiency and greenhouse gas standards by March 2016.

The President kept the country out of war and the people safe as well as saved the country billions of dollars by withdrawing troops from overseas.

Gas price now averages $2.24 per gallon nationwide. Unemployment currently stands at 5.8% and the stock market soared to 17,823, a 35% improvement since Obama took office. Overall the U.S. economy grew at a robust 5% in the third quarter of last year.

Although the foregoing is by no means an exhaustive list of the President’s achievement last year, it’s fair to conclude, however, that the country has made great progress despite the odds and the naysayers.