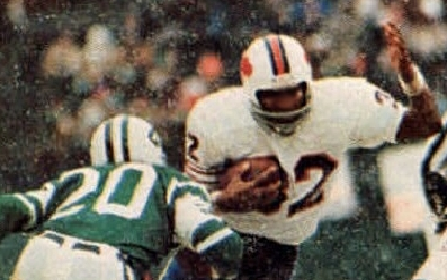 Orenthal James “O. J.” Simpson, nicknamed The Juice, the former American football running back, broadcaster, actor, and convicted felon may soon walk out of prison as a free man.

According to press reports, the ex-football player is set to go before the parole board as early as this summer and could be released soon thereafter.

The 69-year-old Simpson who is currently serving a 30-year sentence at Lovelock Correctional Center in Nevada has been locked away since  2008.

He was convicted of conspiracy, burglary, robbery, kidnapping and assault with a deadly weapon surrounding a 2007 incident involving memorabilia collectors.

David Smith of the Nevada parole board reportedly said that the parole hearing is expected to take place over the summer.

Simpson is eligible for parole on Oct. 1 and if granted, he could be free by fall. If he’s denied, he could remain incarcerated until 2022.