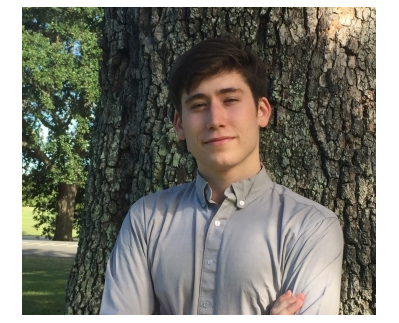 According to an NYU press release, Zachary Fine, who graduated from NYU’s Gallatin School of Individualized Study this spring, has been selected as a 2016 Rhodes Scholar.

As a Rhodes Scholar, he will pursue an M.St. in the History of Art and Visual Culture and an M.Sc. in Criminology and Criminal Justice while at the University of Oxford.

Rhodes Scholarships are “the oldest and best known award for international study, and arguably the most famous academic award available to American college graduates,” said Elliot F. Gerson, American Secretary of the Rhodes Trust, which announced this year’s scholars.

At NYU’s Gallatin School, students develop individualized programs of study, the central focus of which is the concentration—designed by students in consultation with an advisor—that is based on their academic and professional goals.

Fine’s concentration at Gallatin was in art history and philosophy. Since 2014, he has been studying the evolving use of photographic technologies by law enforcement and has been a contributor to magazines and newspapers including the New York Times, Harper’s, the New Republic, the Financial Times, and Boston Review. He has also developed a museum education program—now being implemented in collections in five states—that aims to share academic art historical methods with a broader audience.

“My interests in images and image-making technologies span from the 19th century to the present,” Fine explains. “For instance, I am particularly fascinated by the contested status of photographs-as-evidence in American courts in the late 19th century. Also, though, I am interested in the ways that different photographic technologies today—namely police body cameras, CCTV, and camera phones—are regulated by distinct laws, and, as a result, afford various political and legal outcomes for the images produced by each.”

Rhodes Scholarships provide all expenses for two or three years of study at Oxford. Fine was among 32 Americans selected this year.