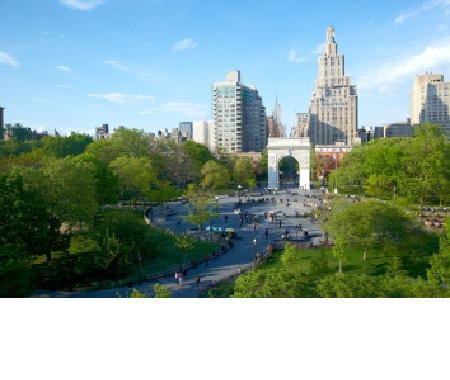 NYU in a press release announced that it has recently received a gift of $30 million from Howard and Rose-Marie “Rory” Meyers to its College of Nursing.

The gift represents the largest gift to an established school of nursing in the history of nursing education.

Three-quarters of the gift – $22.5 million – will be endowed as a fund for scholarships for low-income, first-generation college-goers with strong academic credentials, with the remainder to be used for academic and faculty support.

In recognition of the Meyers’ generosity, the school will be renamed the NYU Rory Meyers College of Nursing in honor of Ms. Meyers, who is a nurse, and was the first in her immediate family to go to college. Mr. Meyers — a 1964 graduate of NYU’s Stern School, an NYU Trustee, and a member of the Stern School’s Board of Overseers – is chairman and CEO of Quexco Inc.

The Meyers’ gift is the largest donation for undergraduate scholarship aid to NYU’s “Momentum Campaign,” which aims to raise $1 billion for scholarships. The campaign has now raised over $565 million.

NYU President Andrew Hamilton said, “I am not certain I have ever been involved in a philanthropic gift that is more fitting and, indeed, more loving than this. In honoring Rory in this fashion, the Meyers family in a single act strengthens a noble profession; makes a nursing degree affordable to those with great talent and modest means; supports academic excellence at NYU’s nursing college; and, most importantly, honors Rory’s life as a nurse for all time. Thanks to Rory and Howard Meyers’ generosity, generations of new students will join the profession, helping to alleviate not just patients’ suffering but also the profession’s shortage. NYU is very grateful to the Meyers for their generosity and for their faith in the College of Nursing.”

The NYU Rory Meyers College of Nursing – with some 1,600 students, including over 700 undergraduates – is one of the foremost schools of nursing in the U.S., and has been ranked in the top eight nationally in NIH funding in each of the last four years. Its students’ pass rate on the national license exam is routinely higher than national or state averages. And over 91% of the Class of 2015 was employed or in graduate school within six months; the average starting salary was over $80,000.

Eileen Sullivan-Marx, Dean of NYU Meyers College of Nursing, said, “This transformational gift is thrilling for our students, alumni, faculty, and the entire newly named Rory Meyers College of Nursing. We are immensely grateful for the confidence and support that this scholarship funding will bring to us for students most in need, enabling us to catalyze our efforts to further our research, education, and service to society. I love that Rory Meyers is a nurse and that her family sought to honor her by naming an established leader among schools of nursing.”

Rory and Howard Meyers said, “We know what it is like to be the first in your family to go to college. It’s wonderful, but there can be a lot of challenges, especially financial. We couldn’t be happier that our gift and the creation of the Rory Meyers Nursing Scholarship Fund will fulfill the dreams of many young people who might otherwise not have pursued a nursing degree, and all that goes with it – personal accomplishment, family pride, and most of all a professional career focused on caring for those in need. The Meyers Family is especially honored that the Nursing College will be named after Rory, who has always taken great pride in her chosen profession, and particularly glad to think of all the students this gift will assist for years and years to come.”