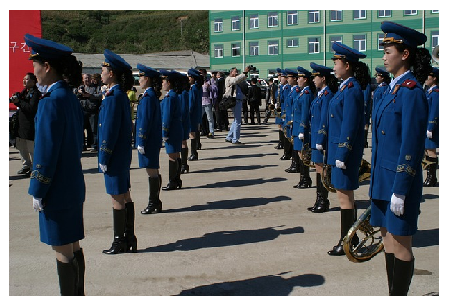 According to press reports, North Korea warned of an “all-out military action” unless Seoul cancels plans of its annual joint military exercises with the United States and halts its anti-Pyongyang broadcasts along their joint border.

North Korea has condemned the planned military exercise which is scheduled to take place between August 17 and 28.

The United Nations Command informed North Korea of the plan through a loudspeaker at Panmunjom, the truce village inside the demilitarized zone, South Korea’s Yonhap news agency reported.

In a statement carried by the North’s official Korean Central News Agency, an unnamed spokesman for the National Defense Commission threatened to take “the strongest military counteraction.”

“The DPRK (Democratic People’s Republic of Korea) is the invincible power equipped with both the latest offensive and defensive means unknown to the world, including nuclear deterrence,” the spokesman reportedly said.

“If they turn down the demand of the DPRK, it would start an all-out military action of justice to blow up all means for ‘anti-North psychological warfare’ in all areas along the front,” the North’s command said in a statement carried by Korean Central News Agency.