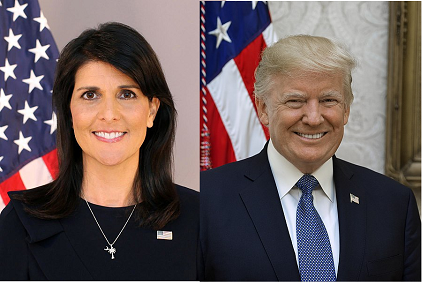 Following news that there was an attempted robbery at the home of Rep. Elijah Cummings, Trump tweeted, “Really bad news! The Baltimore house of Elijah Cummings was robbed. Too bad!”

In response, former U.S. Ambassador to the United Nations, Nikki Haley pushed back against President Trump’s tweet stating, “This is so unnecessary.”

In the meanwhile, White House counselor Kellyanne Conway, in what seems to be a defense of her boss, shoot off a tweet at Haley, “Trump-PENCE2020.”

Rep, Elijah Cummings has been the subject of Trump’s criticisms in recent weeks, questioning his competency.

“Rep, Elijah Cummings has been a brutal bully, shouting and screaming at the great men & women of Border Patrol about conditions at the Southern Border, when actually his Baltimore district is FAR WORSE and more dangerous. His district is considered the Worst in the USA…,” Trump first tweeted.