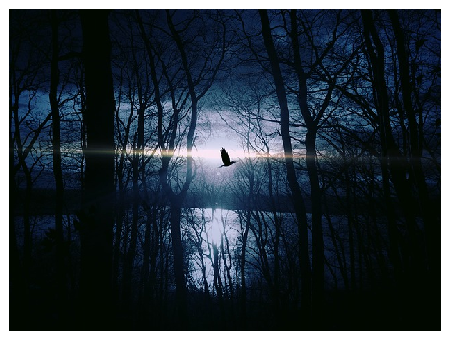 In the unlikely event that Faith and Fate intersect to produce a barren well, leaving you shell shocked and confused, there should be a space — perhaps called night — where one can pursue some inquiries.

A spinning globe on an axis slightly skewed, turning around a distant sun, gives day and night predictability. Yet, when the gushing well that was a certainty in the morning’s sun, stands accusingly as a monument to some sort of irrationality, the jeers of the onlookers and more so their mocking stares in the noon of an uncompromising sunlight needs relief, perhaps called a night.

Faith has always traveled with her doubts, seeking knowledge to effect certainty. True, this wasn’t the first crisis between the two, if you recall the skeptical reception when the visiting Pastor did his best to explain “The Synergy of The Trinity”. Good luck with that. At least we had agreed to disagree. Yet this was different. I had sunk in this well all I had, all I believed in, and my confusion and doubts were in ascendancy. It got dark very early and for that I was glad. For I needed that space-perhaps called night to be open about my loss, the usefulness and utility of my faith, or its lack thereof, the unabridged gaps in my own evolution- Gee! I didn’t even know I believed in evolution- found me with some uncensored questions. And I’d be damned if I didn’t demand answers, of the Father, or at least His Son.

Call it prayer, if you will, for in that crowded place where darkness gives anonymity, where hope and despair battle for supremacy, where men feel unconstrained by scrutiny, where hunger can be satiated or satisfied without a promise with all those sighs and shrieks and most God forsaken cursing, I too, was involved in a probing, perhaps fittingly called, the night.

If you are ill at ease that this space is oversubscribed by hypocrites, charlatans and imposters, or that it is being misused to foist a tale that has not been unified, I will gladly disagree. It isn’t that the incidents alleged real or feared cannot or has not been substantiated

Rather, in the sphere of emoticons and expectations so much can and will go wrong. Unless I have a way, a fool proof way, to turn a man back to himself, of dealing with the myriad veils of insecurities and vulnerabilities that eats a man alive, my own intervention defers to the space perhaps called night- where he can wrestle the contents of his faith, with himself, an archangel, and if needs be with God Himself.

And though I’d counsel much restraint in the what and how we express ourselves, when a well in the middle of an fertile river valley and a high water table to boot, comes up a dud, there is a need for inquiry and that trumps scrutiny, and my counsel, as he argues with the most intimate part of himself, is best to shield my eyes and ears.

There are some aspects of us that refuse to suffer in silence, or be forbearing in long suffering, or glorify our appetites with denials, and abstinence. We are not contented to be continually undermined by our doubts or our insatiable hunger that know beyond a shadow of a doubt- even as the barren well cast a long shadow to challenge the authenticity of of our claim- that there is value in what we seek and in what we feel.

As long as that need for inquiry and unity exists, for Faith and Fate to intersect to produce a lasting joy, there is a need for a place to sort it out. Call it, though you harbor mixed emotions and some reservations, a sacred place. And while there, do inquire about the Trinity.

If your search or mine leads to a place where Faith can dance, in defiance of her church, or where Fate would kneel on uncut cobblestones to express his confused gratitude to a God he does not know, and their paths, though not blessed by doctrine, lead to an orchard and a refuge filled with laughter and thanksgiving, after they endured the tremors of uncertainty, then my view of dusk and dawn and the fertile place where a man meets his God, or is forced to rethink himself-may be considered that of a heretic, perhaps a dangerous lunatic, but I am partial for the space that allows any man to reconnect himself to His God.